Up to date news from a global leader in Underwater ROV technology.

Phil Reed, One of the Architects Behind the Costa Concordia Wreck Removal, to Deliver Keynote at Pottstown Underwater Robotics Conference 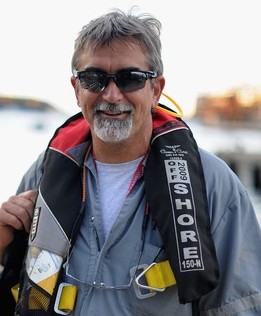 Expert on difficult, large scale salvage will talk about the challenges and lessons learned on the Costa Concordia and other major shipwrecks over the years

Phil Reed will offer a rare glimpse behind the scenes of the most complex salvage operation in maritime history – the Costa Concordia wreck removal. In his keynote address, Mr. Reed will discuss his experiences as salvage master of several notable shipwrecks, including the Concordia. The presentation will be held on Wednesday September 16, 2015 in Pottstown, Pennsylvania as part of the 2015 VideoRay International Partner Symposium (VIPS).

As the largest and most complicated wreck removal project in history, the Costa Concordia captivated the world when it foundered off the coast of Giglio Island, Italy in January 2012. The ill-fated cruise ship made headlines again last summer when it was successfully righted and refloated. Mr. Reed, joined by the project's ROV supervisor Mauro Stasi, will discuss the groundbreaking wreck removal project, including the challenges they faced and how they overcame them.