For Tom Crossmon, there probably isn't trustier work equipment than the VideoRay Pro 4. As a consultant, he's used it hundreds of times, often to assist in the recovery of drowning victims. Crossmon can't say enough about the reliability and efficiency of the Pro 4.

"It's proven itself over and over again in a variety of challenging situations," said Crossmon, who operates Crossmon Consultants in Duluth, Minnesota, with his partner, Dave Phillips. "We have been all over the world with the Pro 4 and it's come through for us time and again."

That was the case recently regarding three recoveries. One involved a missing boater in Canada, and another was related to a kayaker who drowned in Wyoming.The third incident was tied to the disappearance of a college student in a lake in Crossmon's hometown.

In the Canadian recovery, Crossmon went to Baker Lake in Nunavut, the most northerly territory in Canada, in search of Solomon Tulurialik, 29, who was boating on the lake on July 31 when he ran out of gas and attempted in vain to swim to shore. Crossmon was brought in after an extensive but unsuccessful search was conducted in early August that involved more than 200 people as well as 70 boats and ATVs. Agnico Eagle, which owns a mining operation in the area, also helped by offering aerial search and underwater cameras.

Crossmon noted that the community contacted him to resume the search several weeks after the initial attempt to recover the body came up short. Crossmon was paid approximately $4,000 to cover the cost of travel, but he offered his search services for free. According to a news account, "Crossmon said his team's arrival was kept secret from the family, primarily to avoid getting their hopes up in case the search wasn't successful. But once the recovery was complete, he said he got an invitation to meet Tulurialik's loved ones, who were quite surprised and extremely happy to hear the news. 'We shared in some hugs,' said Crossmon."

It only took a few hours for Crossmon and Phillips to locate the victim. They first deployed Marine Sonic Technology side scan sonar to narrow the search, and then dropped the Pro 4 into the water to pinpoint the exact location of the missing boater, Crossmon explained.

Shortly after the Canadian recovery, Crossmon headed to Alice Lake in Wyoming to help search for the local kayaker who had drowned in the lake in a remote part of the state in mid-August. Members of the Lincoln County Search and Rescue squad and the Star Valley Search and Rescue team used drones and sonar to try to locate the victim. When their efforts fell short, they got in touch with Crossmon. He explained that he went to Wyoming alone because initial information he received indicated the victim's location in the lake was narrowed down. But when he got there, he discovered that wasn't the case.

"It took almost two full days of searching using just the Pro 4," Crossmon said. The mini sub usually isn't used for wide-based searches, but Crossmon left the Marine Sonic sonar unit behind because he thought he wouldn't need it. "All things considered, the Pro 4 performed admirably," he noted.

In another September recovery situation, the Pro 4 and Marine Sonic sonar device were pressed into service in search of a 21-year-old college student who went missing while in the Minnesota Slip in Canal Park in Duluth. The search was conducted over several days. Crossmon pointed out that during this search, he was working as a volunteer with the St. Louis County Rescue squad, while Phillips was involved in his role as undersheriff of the county's sheriff department. Crossmon and Phillips joined in using the Pro 4 and Marine Sonic sonar device during the latter part the search. It only took them a few hours to pinpoint the student's location using the equipment.

"The track record of the VideoRay Pro 4 speaks for itself," said Crossmon, who's been using the ROV for several years. "It's one of the main reasons our consultancy has been so successful. There isn't a more reliable sidekick than the Pro 4 to get the job done."

News media coverage of the Canadian recovery is available here:

News media coverage of the Minnesota recovery is available here: 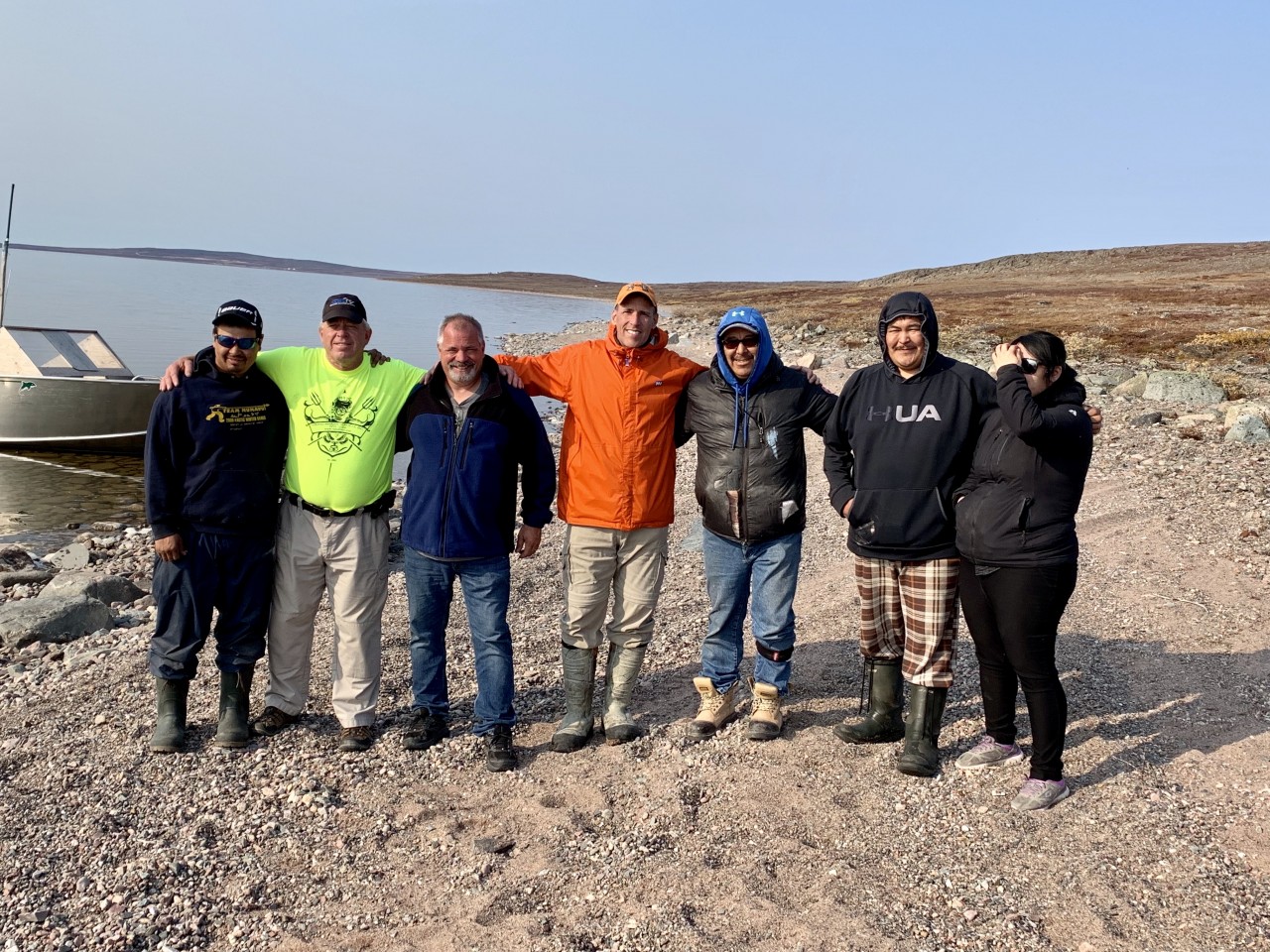 Tom Crossmon, third from left, and Dave Phillips, second from left, both from Crossmon Consulting, join other members of a recovery team at Baker Lake in Canada.