A small team of volunteer divers in Canada has shown an unwavering dedication to the search and recovery of drowning victims. And what it lacks in size, it makes up for with a lot of HEART.

In fact, that's what this group officially calls itself – HEART, which stands for Hutterian Emergency Aquatic Response Team. Since its inception, the squad has been responsible for recovering and/or assisting with the recovery of more than 21 drowning victims, helping bring closure to families and friends of those who perished.

The six members of HEART live in Manitoba and all but one are Hutterites, a religious group who reside in Christian communities located across central and western Canada and the upper United States.

Since 2012, HEART has been providing an invaluable service to several Canadian communities. And over time team members have become better educated and more sophisticated in their approach to search and recovery.

Operating purely on donations, the squad has managed to acquire several pieces of specialized equipment, including a trailer, inflatable boat, pontoon boat, and sonar equipment. But the addition of a VideoRay remotely operated vehicle (ROV) has had a significant impact on how it goes about its work.

The team was introduced to VideoRay ROVs while working on a recovery effort in January 2019 with Tom Crossmon, who owns a consulting company in Duluth, Minn., and is also a VideoRay instructor and dealer. Crossmon used a VideoRay Pro 4 to assist in the operation, and HEART members were immediately impressed. Within three months of seeing the ROV in action, the squad raised enough funds to purchase a VideoRay Pro 5.

Noted Manuel Maendel, one of HEART's team leaders, "After receiving our Pro 5, it became very evident to us that we had made the right choice! The folks at VideoRay were great to deal with and patiently helped us work through some rookie mistakes as well as answered any questions we had.

"I really enjoy working with the Pro 5! The optional Oculus Multi-beam Sonar and the manipulator arm on our ROV give us the capabilities to find and recover possible targets quickly. This also allows us to work in situations too dangerous for divers. Our team spends every chance we get training to become more efficient so that when called upon we'll be ready to respond safely, quickly and effectively."

Manuel, who is a German teacher in his community's school, was instrumental in getting HEART off the ground. He recalled how he was fascinated as a child by scuba diving, and that he pursued it as a hobby when he got older. He convinced his brother, Paul (who is the principal at the school and also a team leader), to join him in getting certified as a diver.

The brothers eventually recruited several other family members to join the team, including Manuel's nephew, Adrian, who became a certified diver and used his graphic design experience to create the team's logo.

HEART's efforts over the years have not gone unnoticed. Several news media outlets have featured the squad, and Hutterite colonies from Manitoba, Saskatchewan, Alberta and even the United States have provided financial support.

Today, the squad consists of Manuel, Paul, Adrian, and certified PADI Instructor Brent Stoesz. Currently working toward becoming Advanced Divers are Brendan Maendel, Manuel's son, and Tyler Maendel, Paul's son. When they're not called on to assist with search and rescue missions, team members are training as much as possible to sharpen their skills.

Most recently, they were asked on December 22 by the Royal Canadian Mounted Police (RCMP) to help find a drowning victim in a causeway near Lake Winnipeg.

"We were able to set up, deploy and successfully complete the mission in under 45 minutes," noted Manuel. "It was really nice to be in the position to make a difference with our VideoRay Pro 5.The RCMP tell us we exceeded their expectations with our ROV and are excited to work with us in the future."

Overall, since acquiring the VideoRay equipment, HEART has used it on five missions looking for six victims, and were successful in recovering three of those victims.

As the result of its efforts, the team has received positive feedback from numerous people through its Facebook page https://www.facebook.com/HEARTeamMB/), including several individuals who were directly impacted by the squad's actions.

Here are some of the postings:

"I couldn't have asked for a better group of people to work with. Your efforts and professionalism brought everyone the much-needed closure they deserve. You will forever be in the hearts of many people and there just aren't any words that will ever be enough to express our gratitude."

"Thank you, HEART. You will surely be rewarded for such great help and for taking the time to come 22 hours."

"Wonderful team of people. Very knowledgeable, professional, and humble. Thank you for your great act of kindness."

"Way to go guys, putting your own lives on hold and reaching out to others in need without a second thought about time or place. Lord bless and protect this team."

"Selfless dedication to the greater community. Humble servants giving their expertise and compassion to their friends and neighbours in times of need and uncertainty. Truly doing The Lord's work in the best spirit of brotherhood. Thank you!"

A pictorial slideshow of HEART and some of its activities is available below.

Anyone interested in donating to HEART can send checks, made out to HEARTeam Inc., to Box 819, Morris, Manitoba, R0G-1K0, Canada. 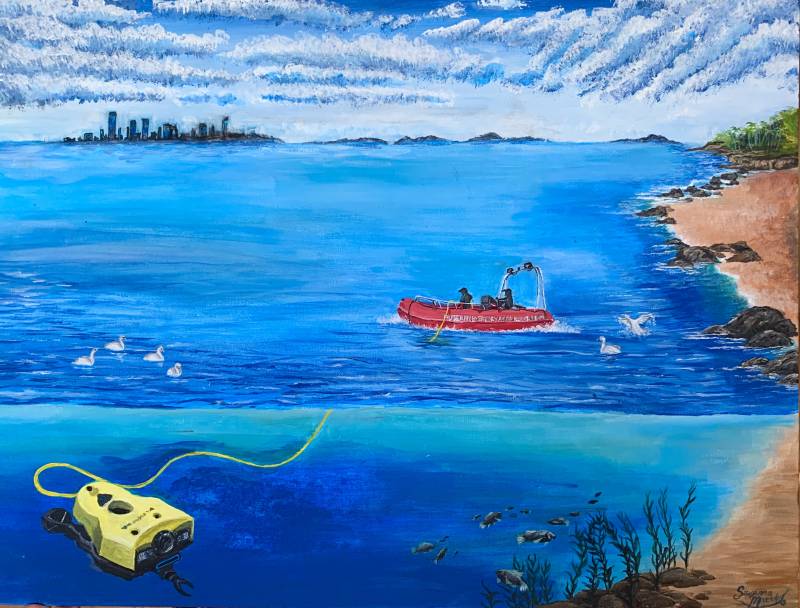 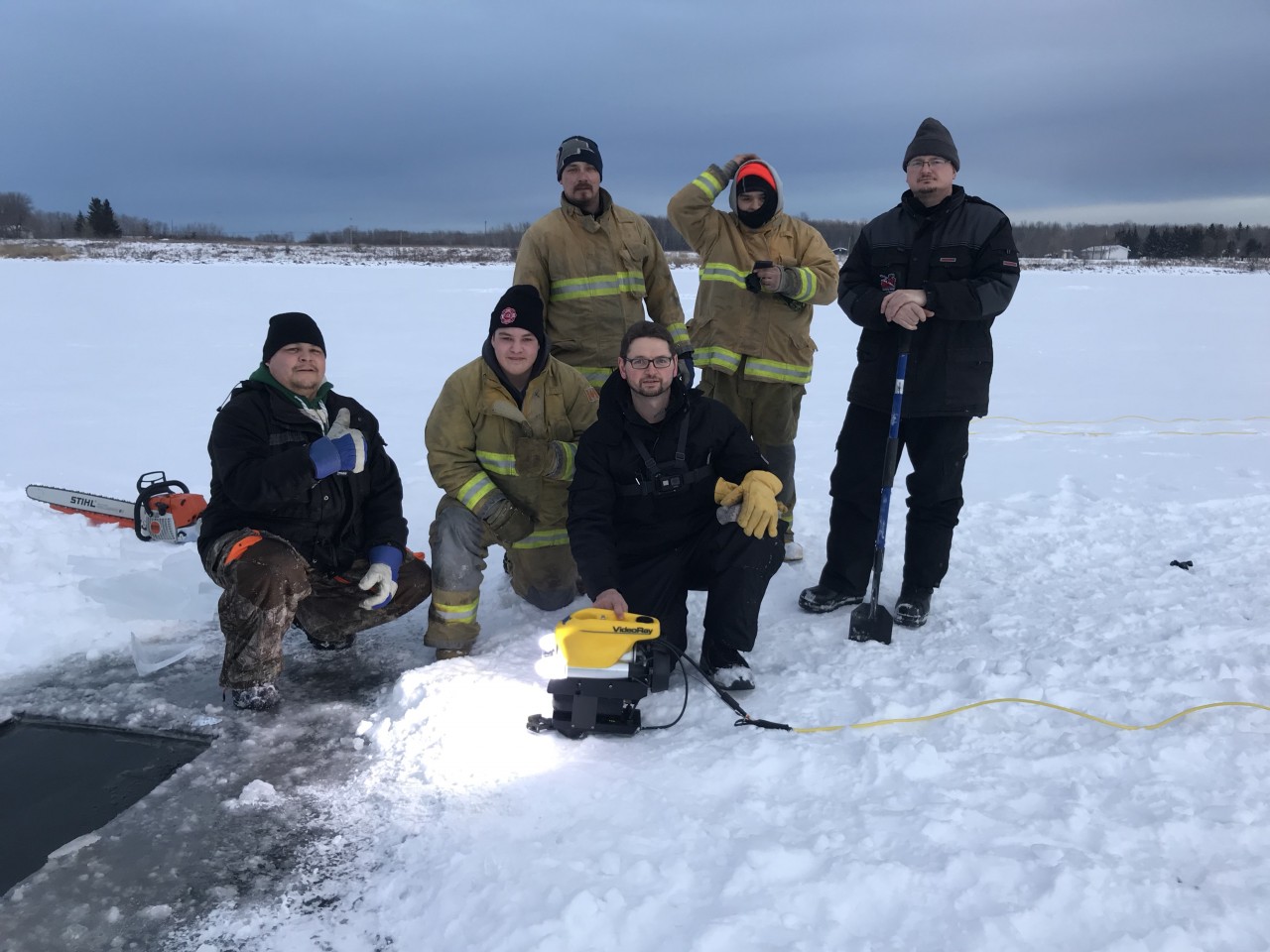 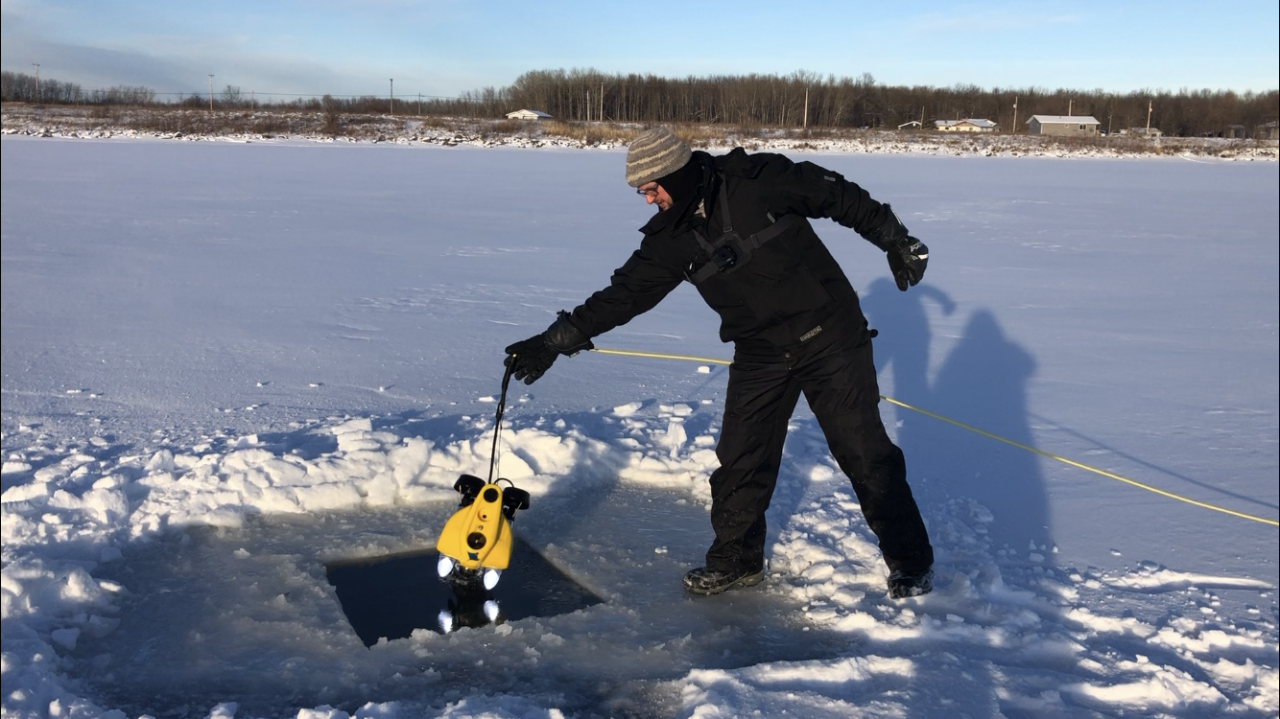 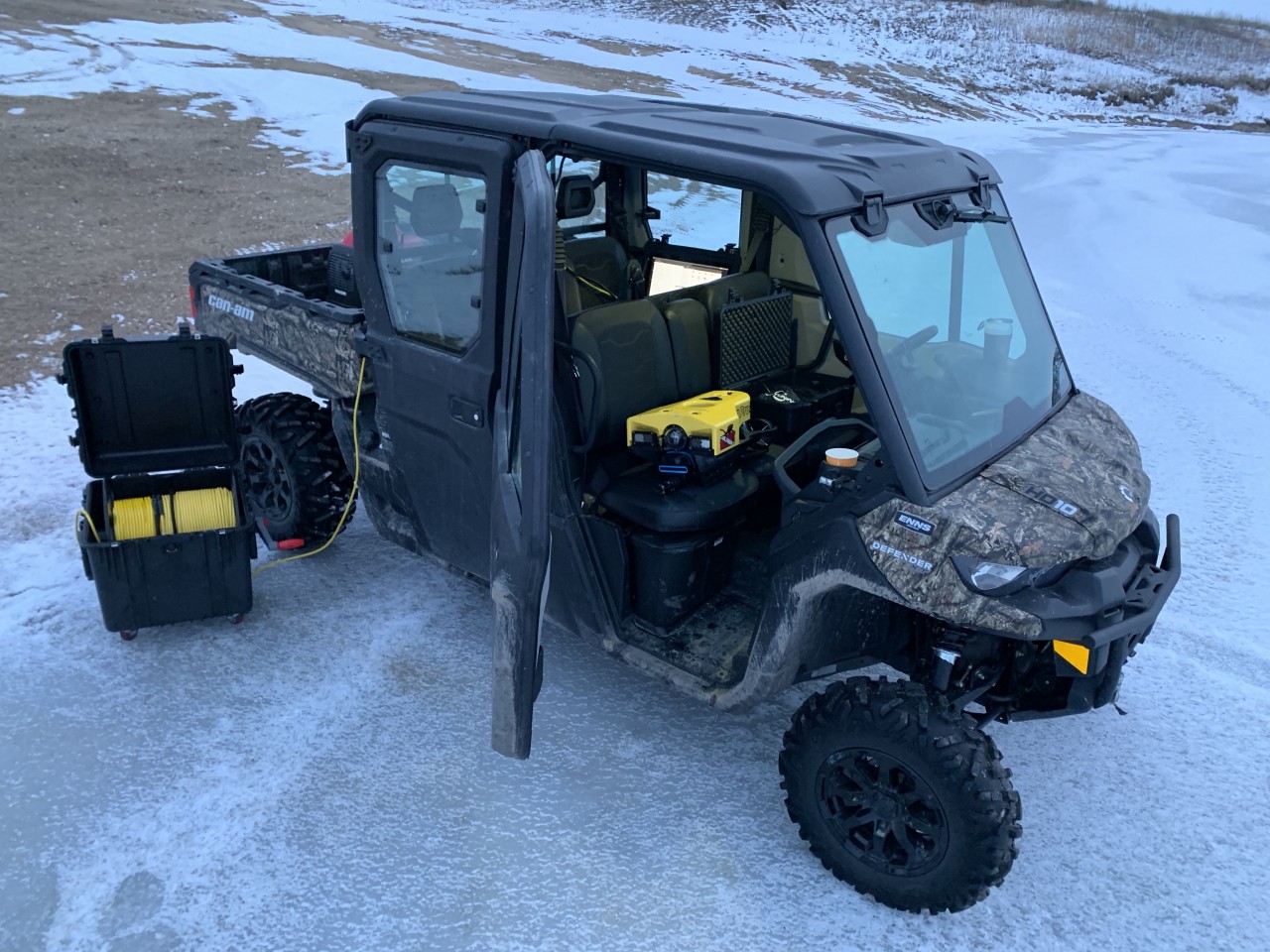 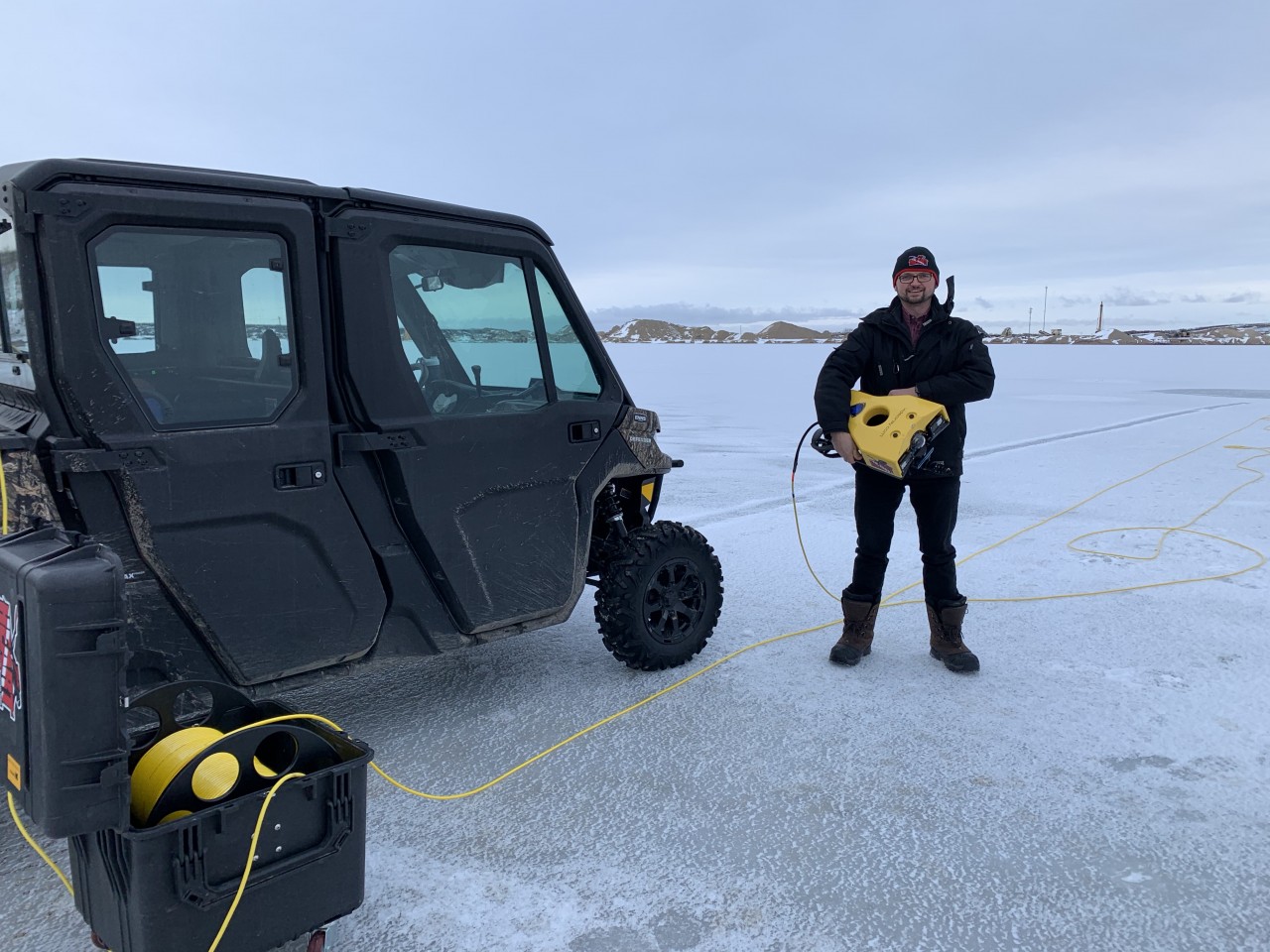 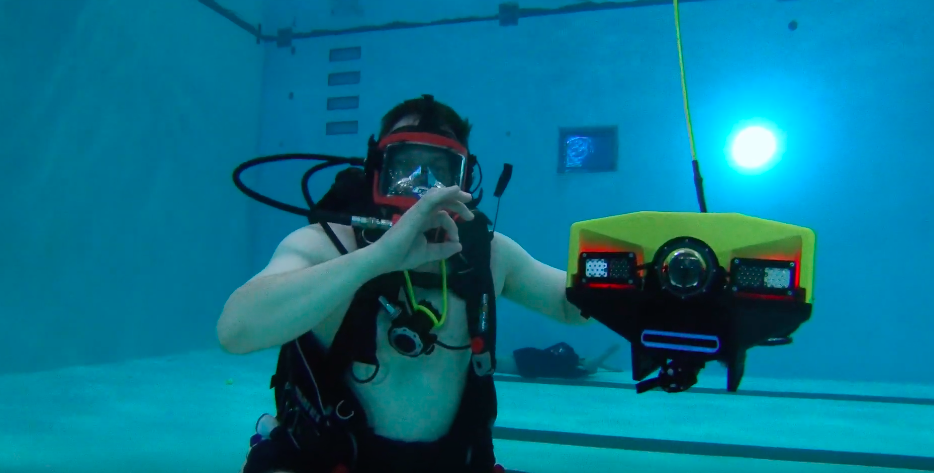 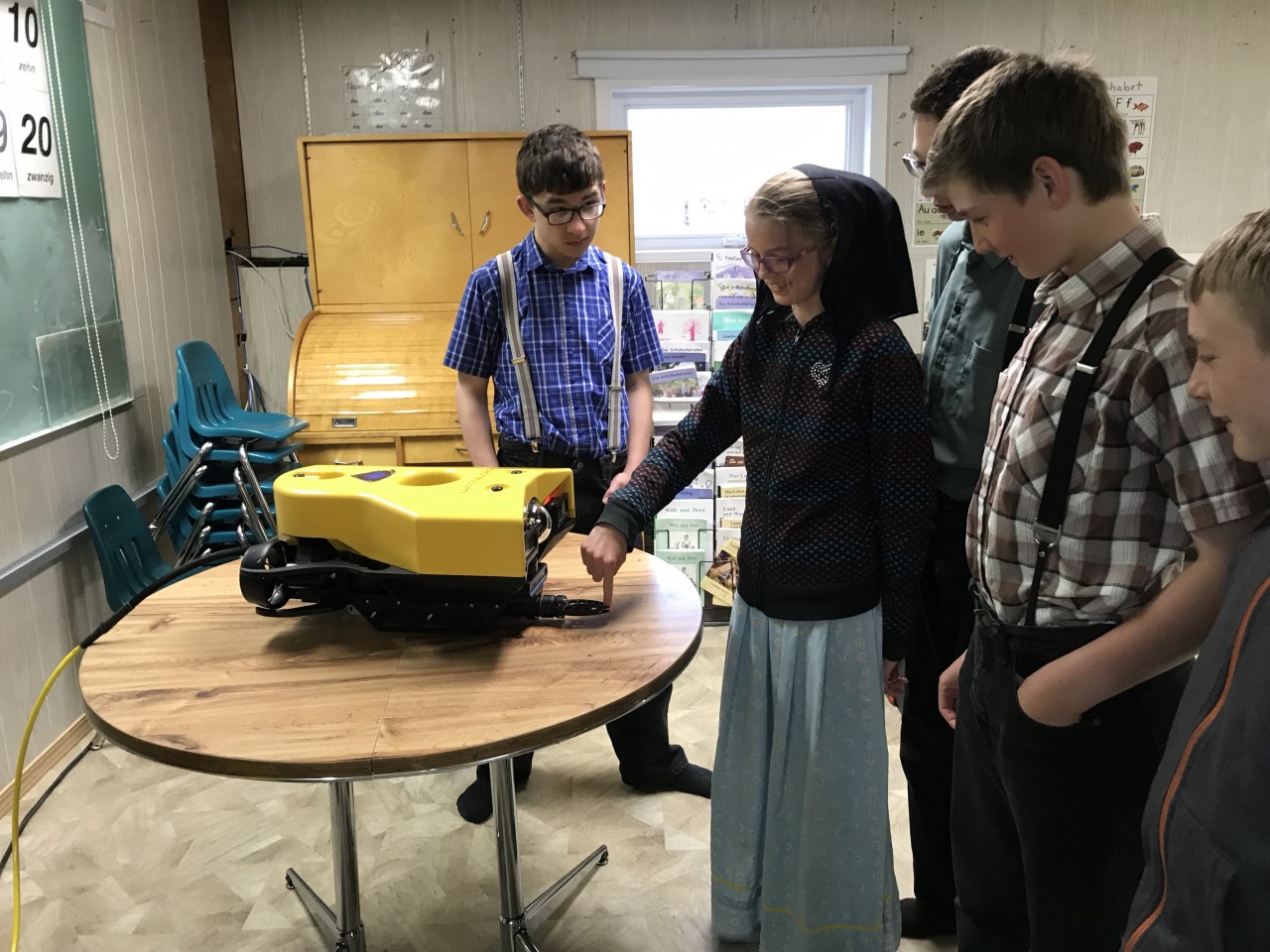 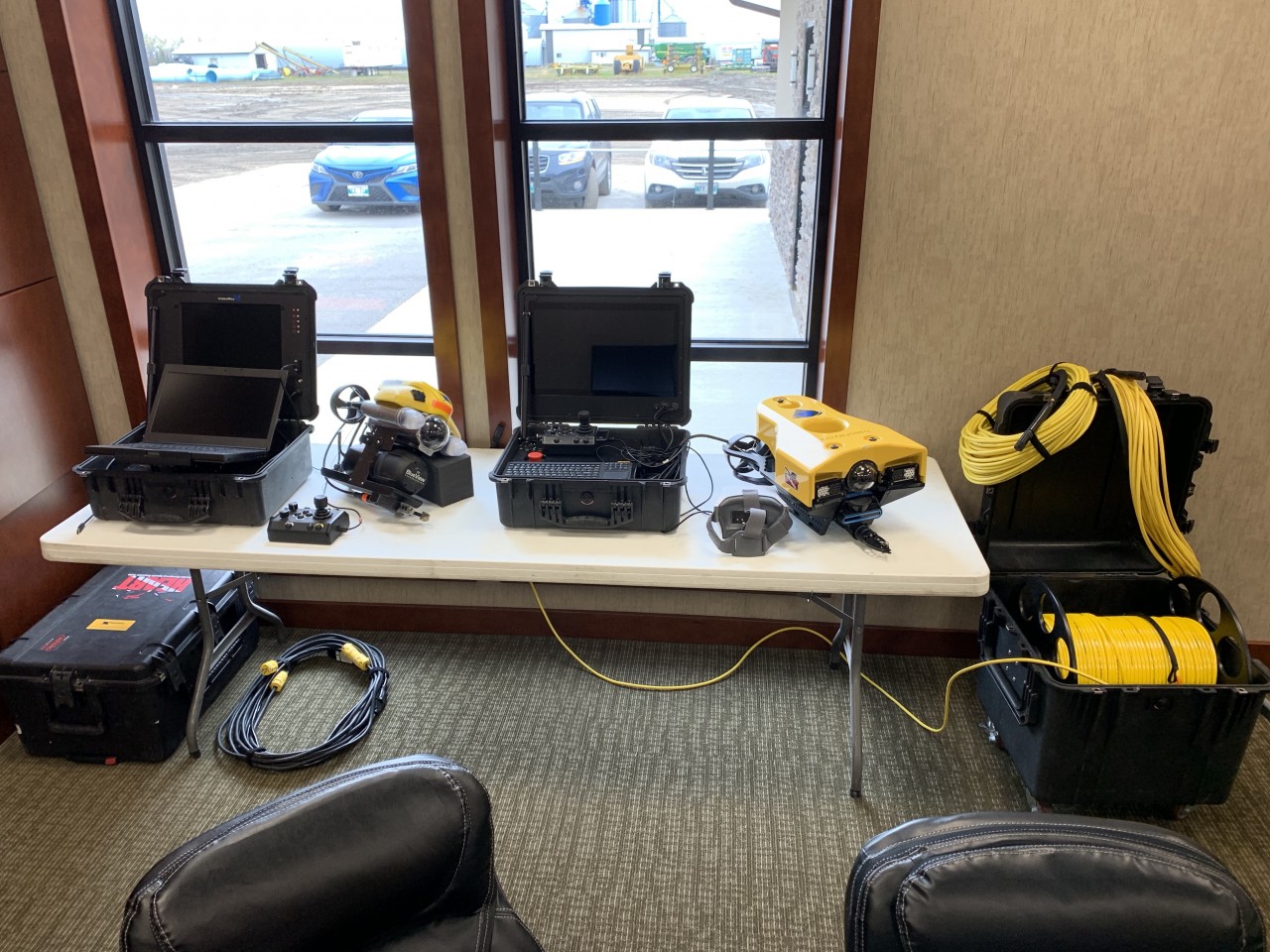 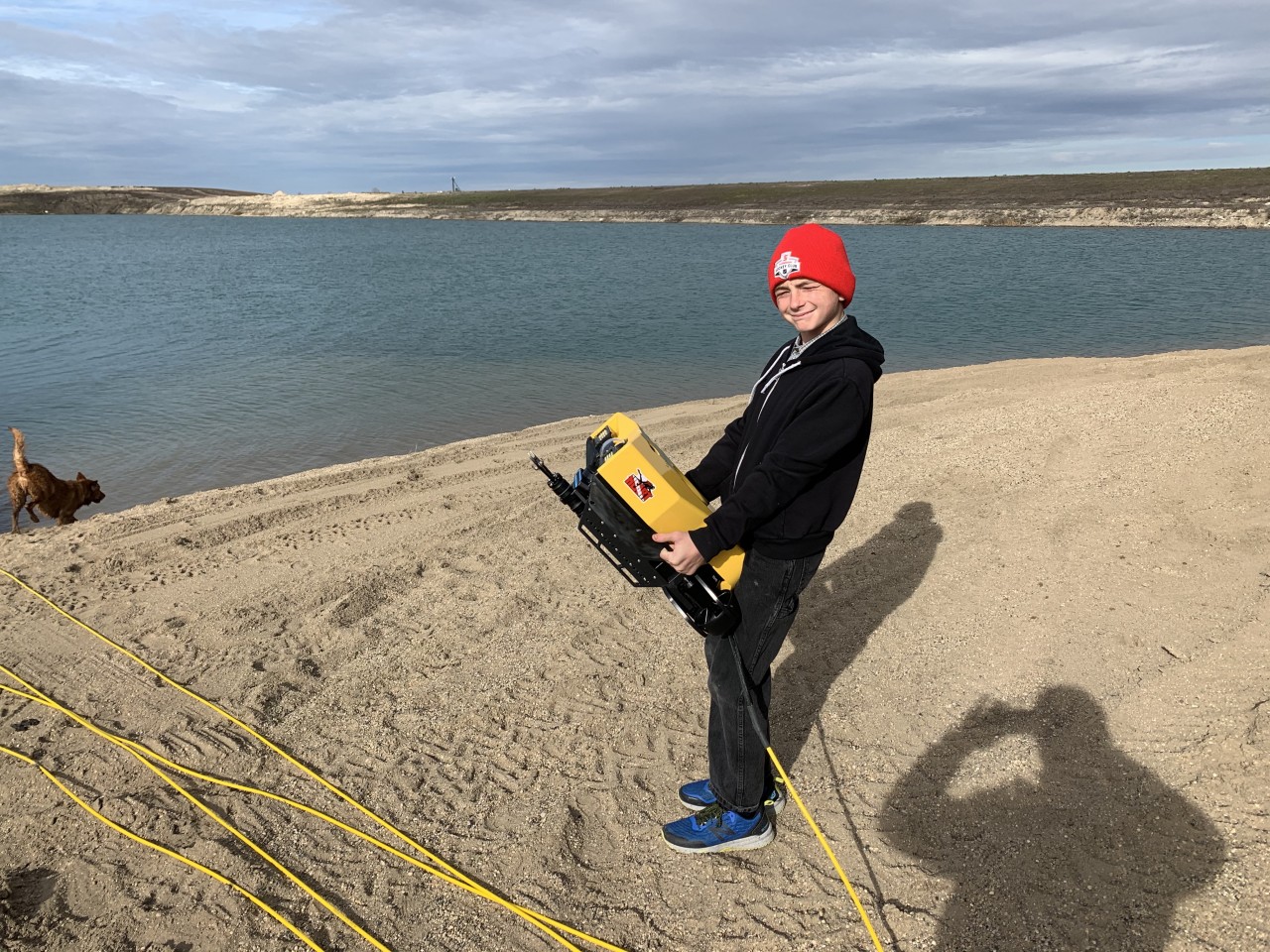 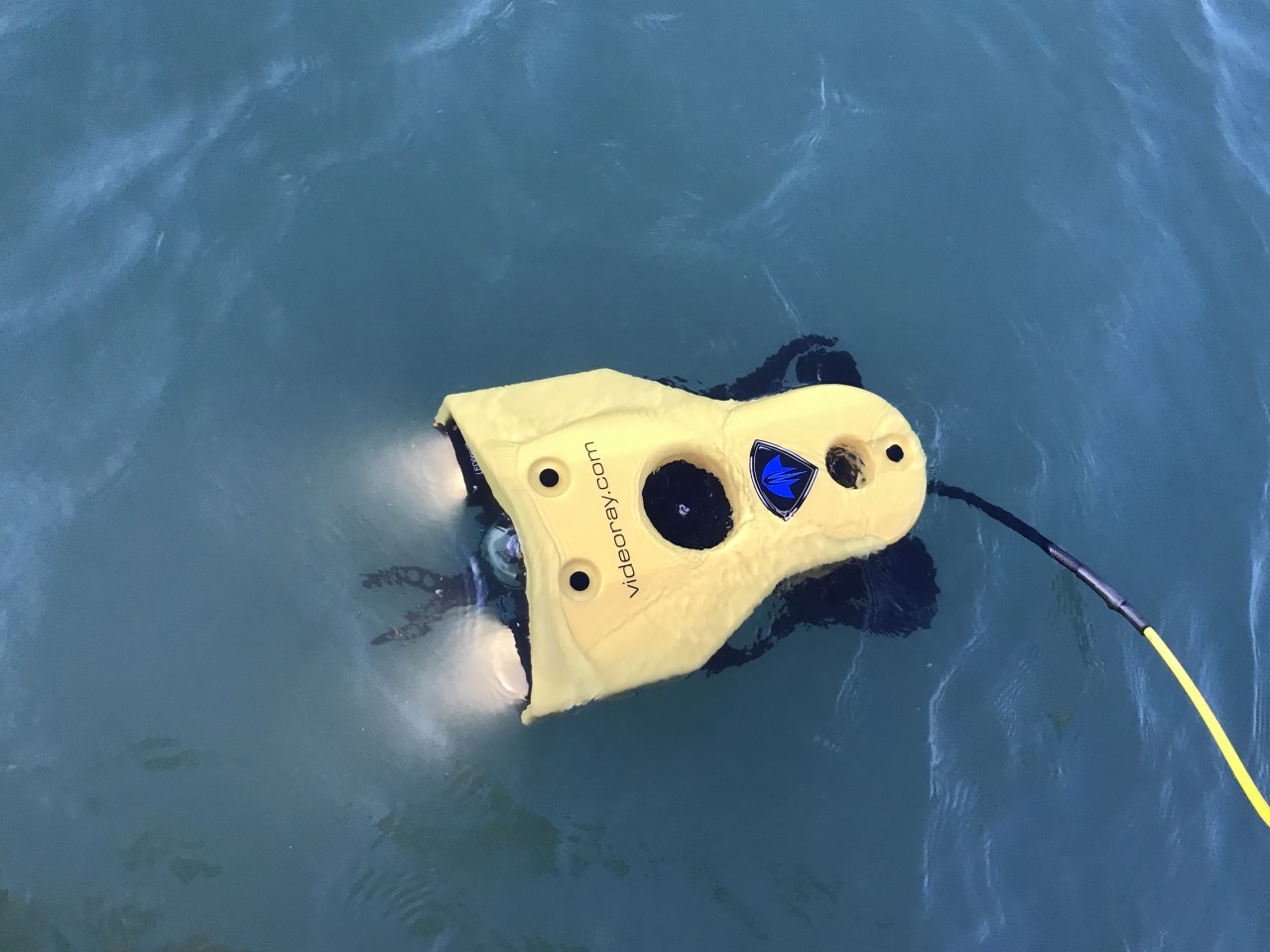 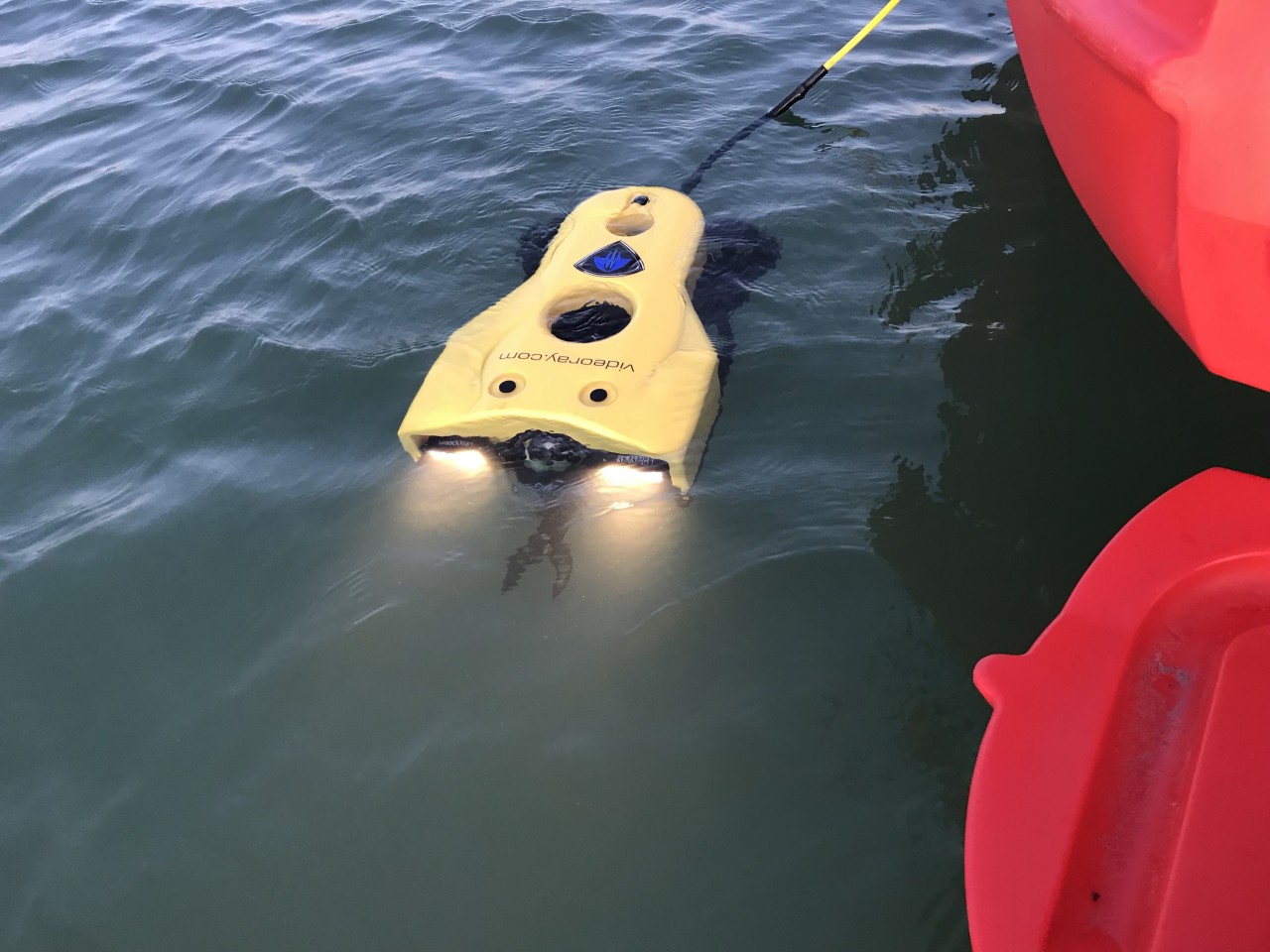 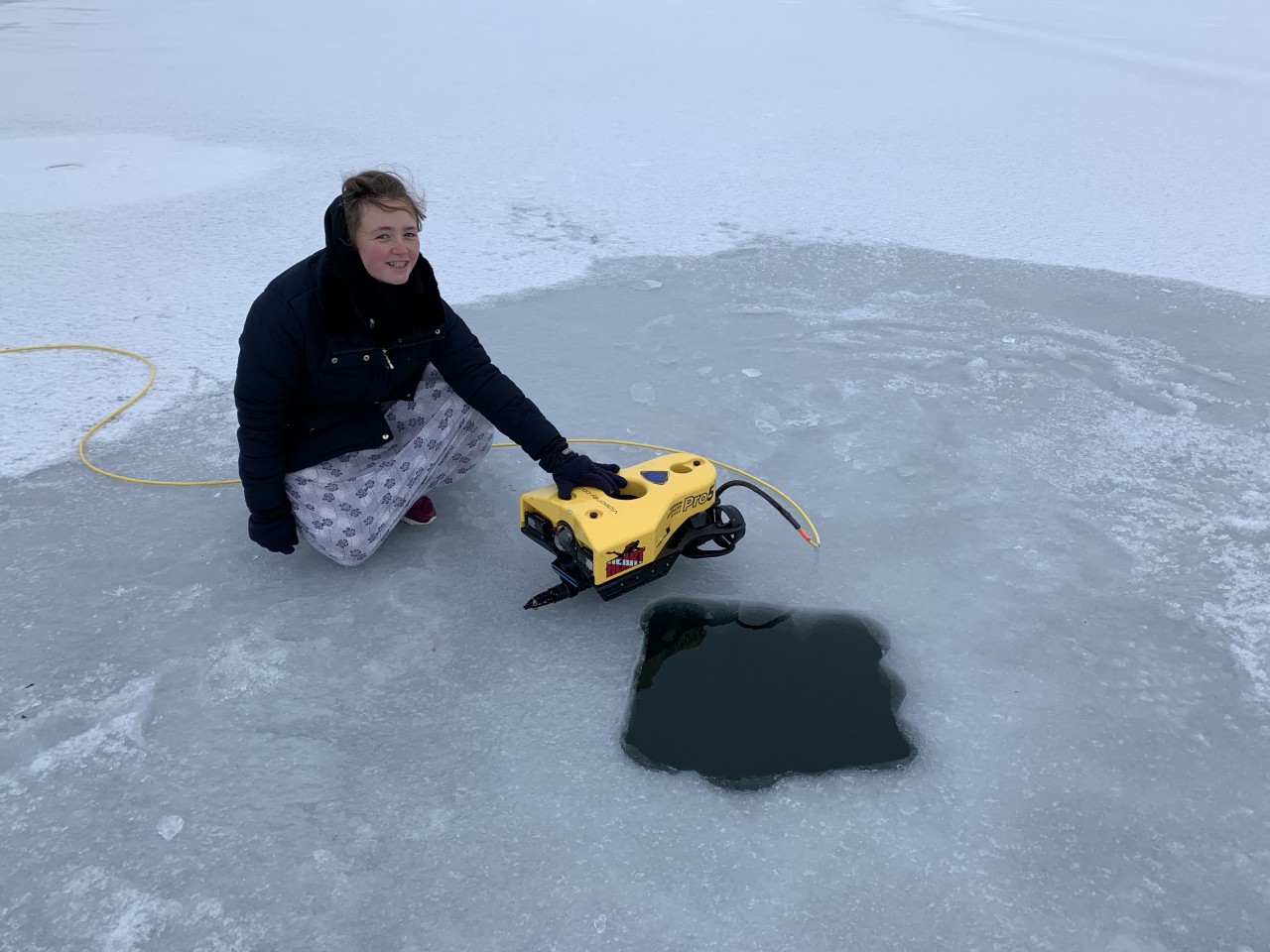 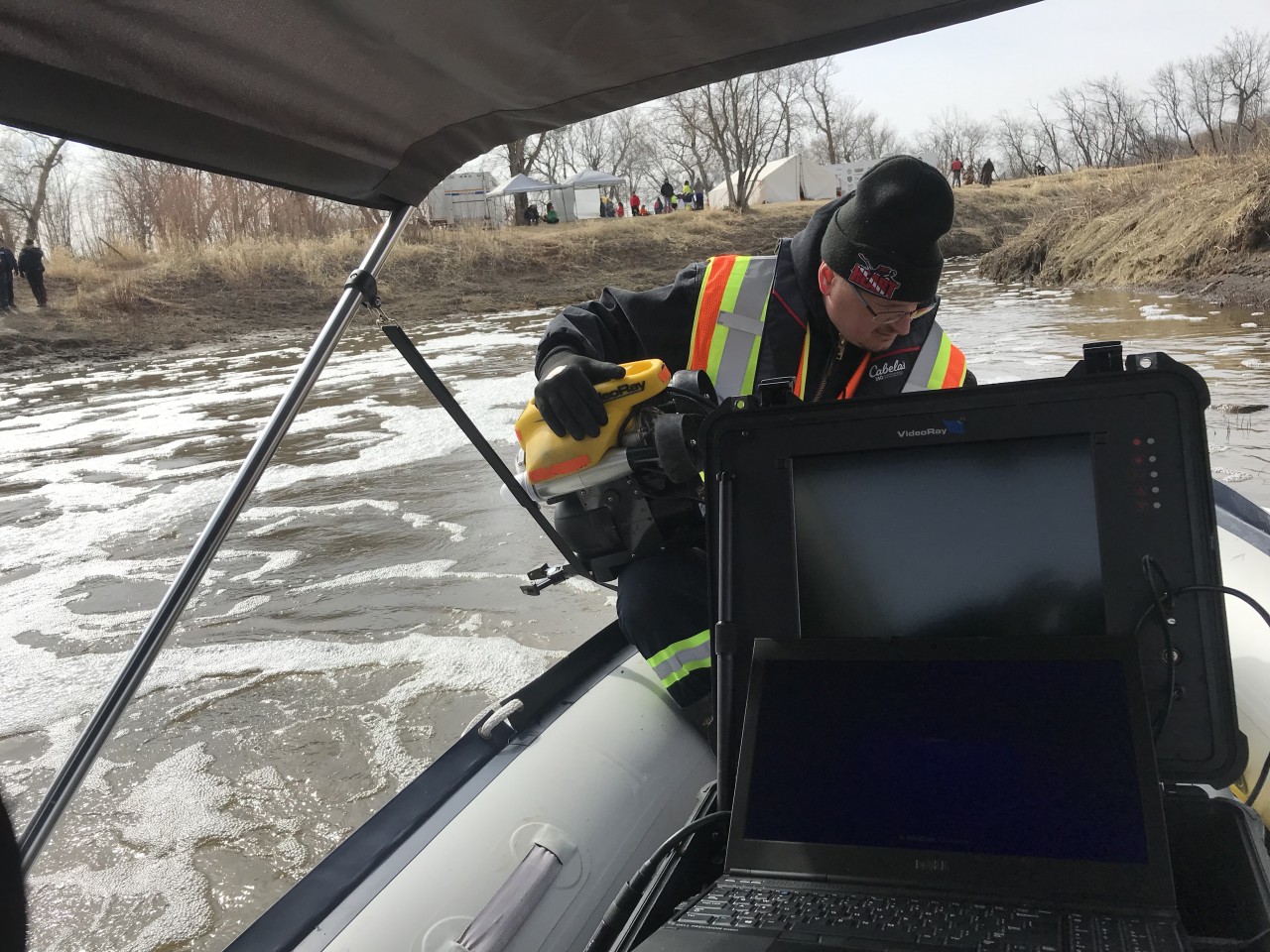 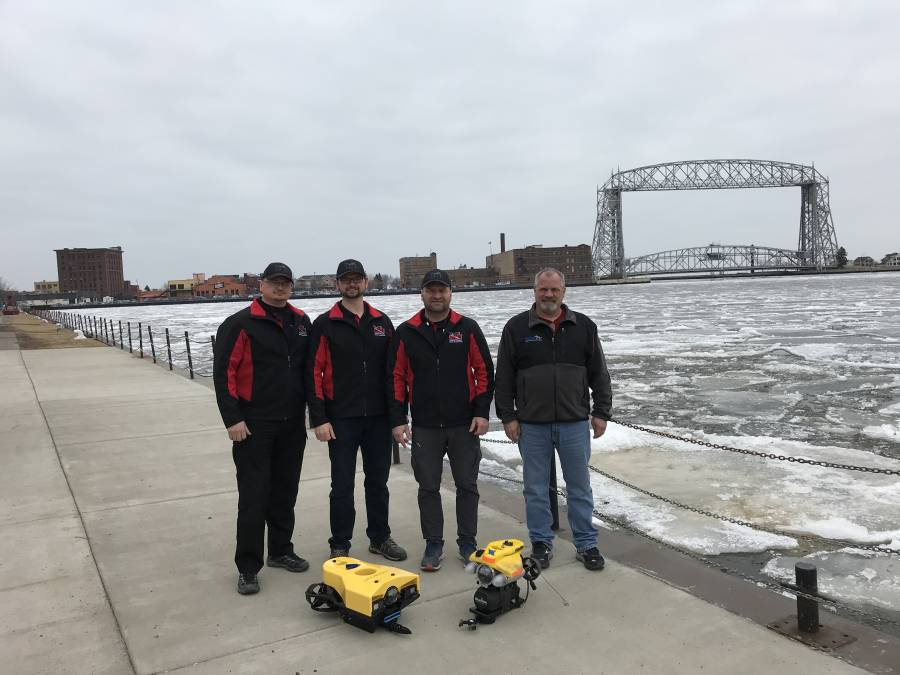 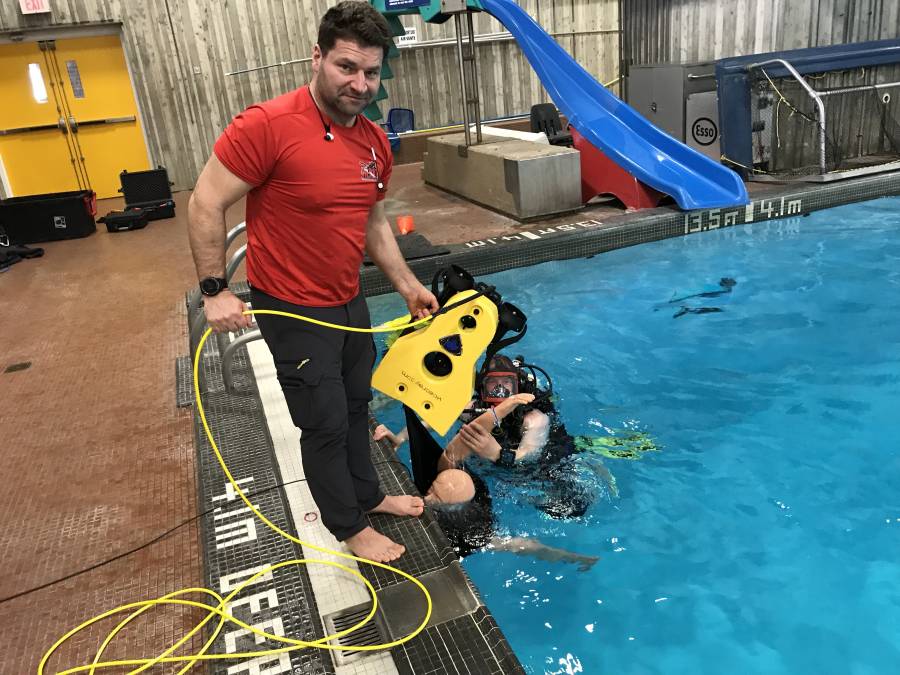 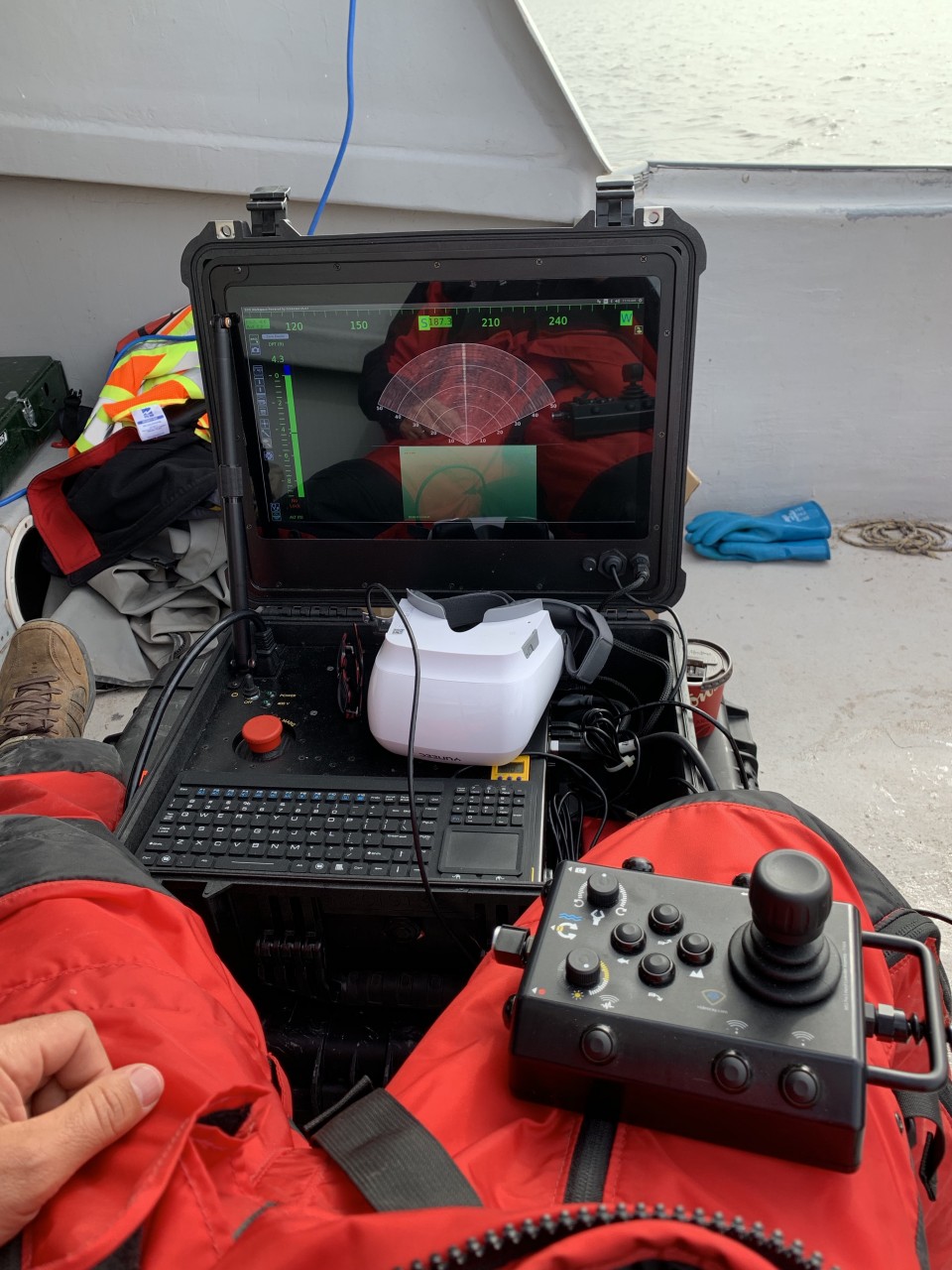 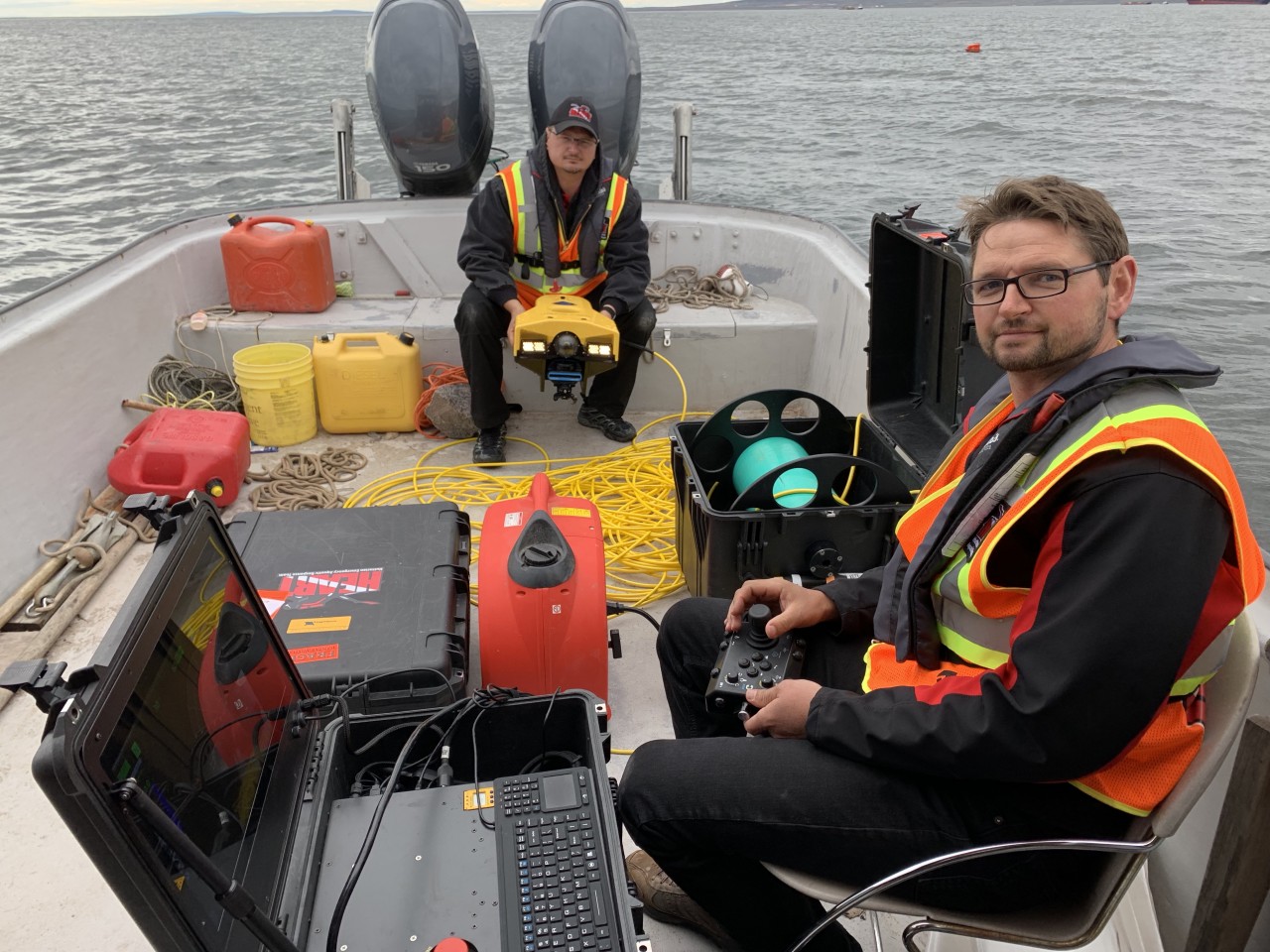 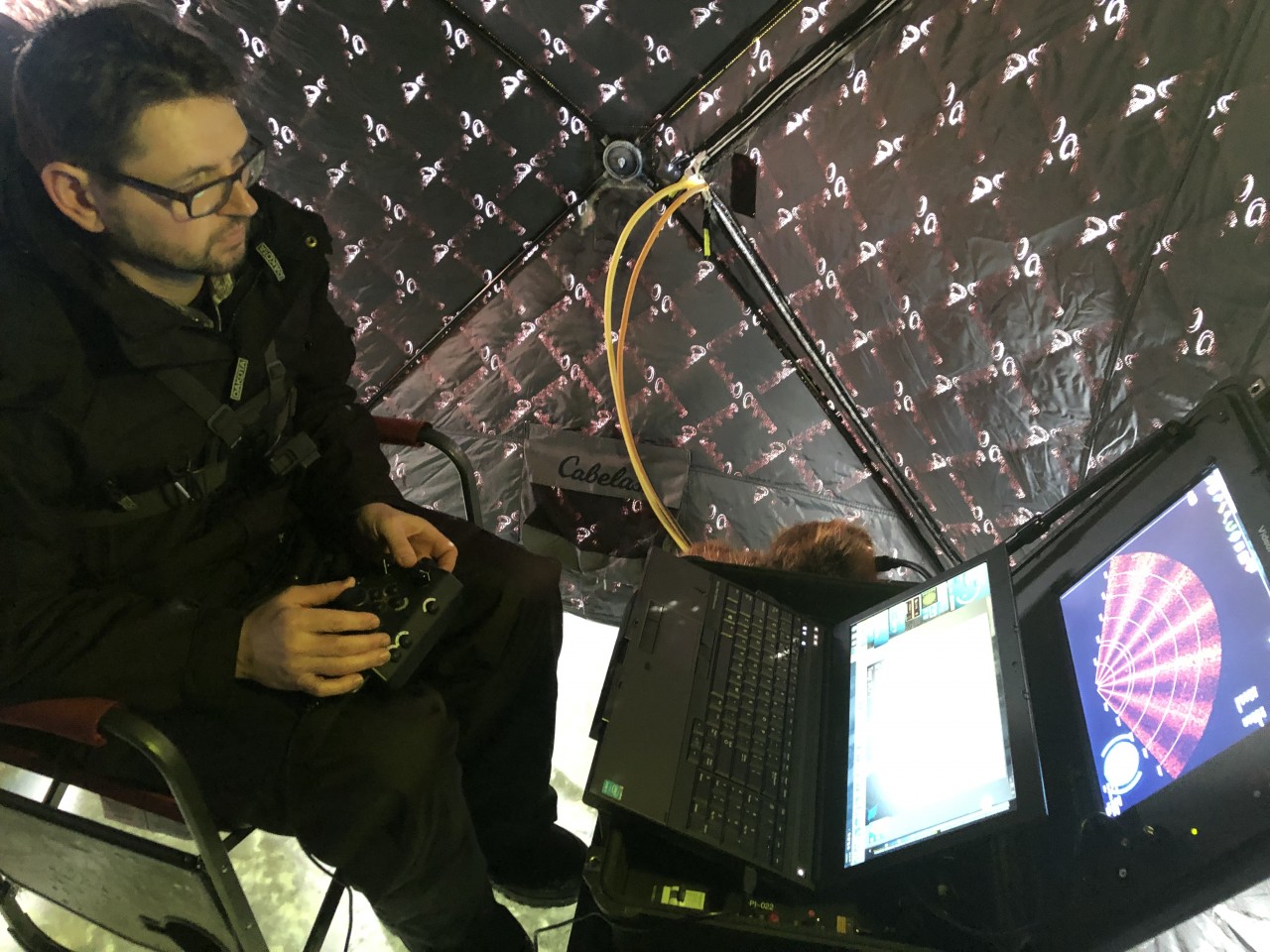 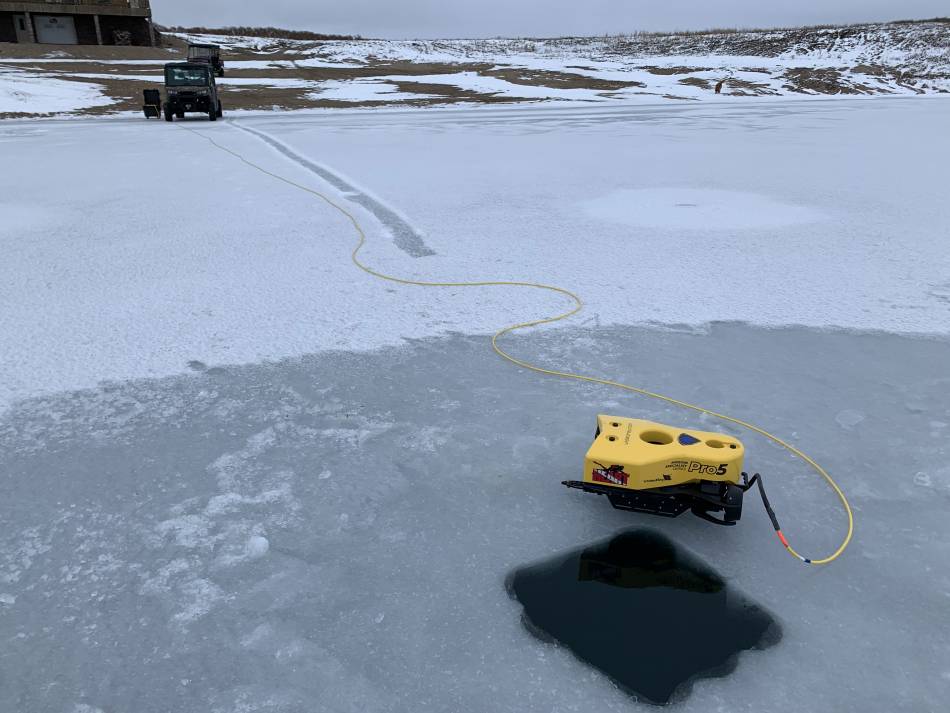 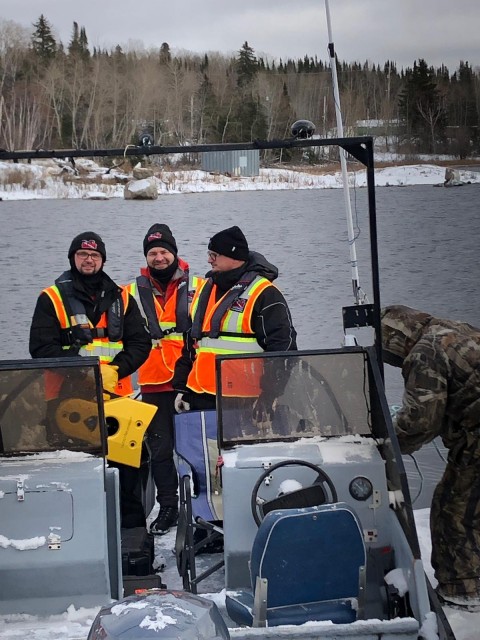 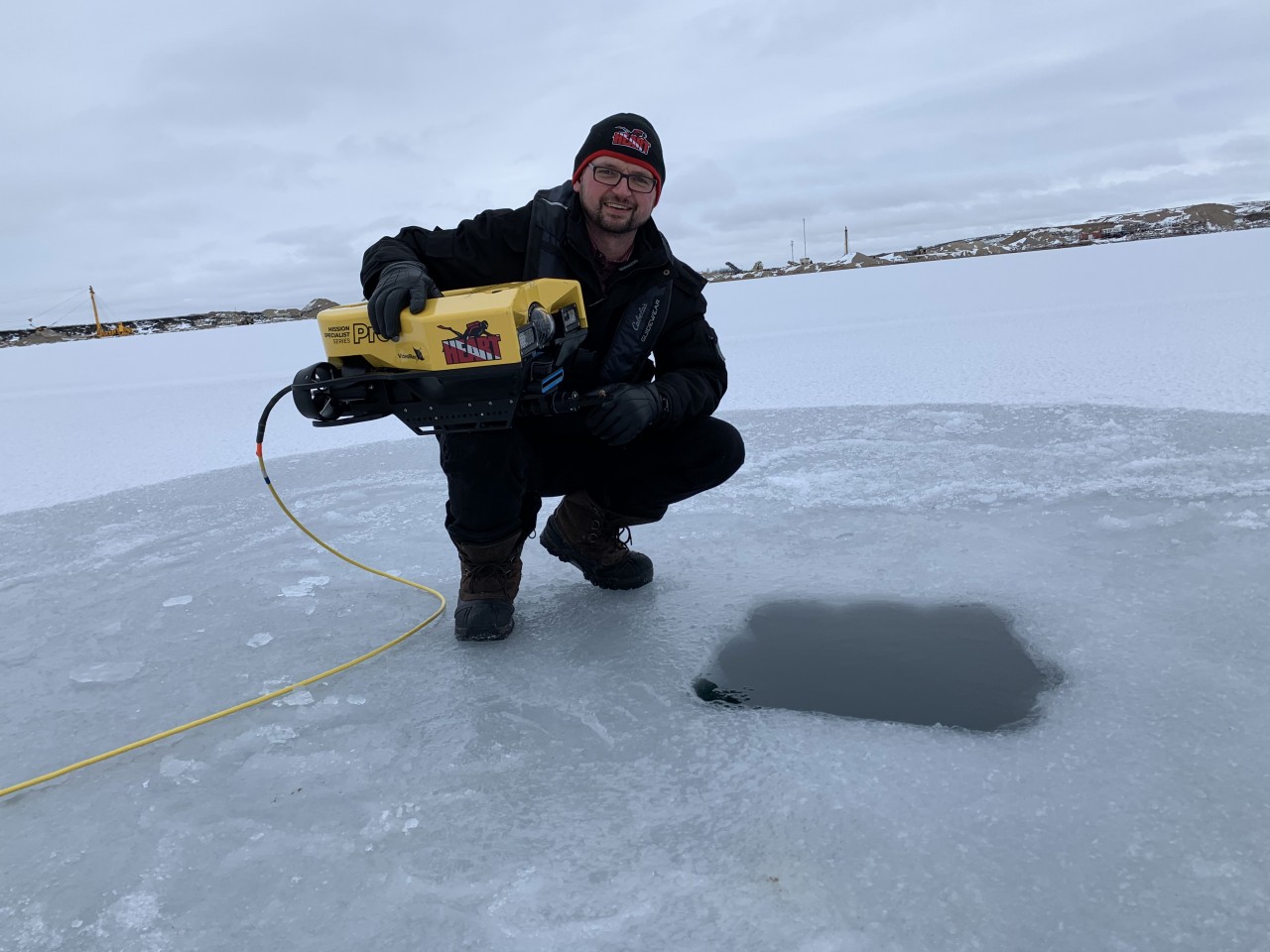 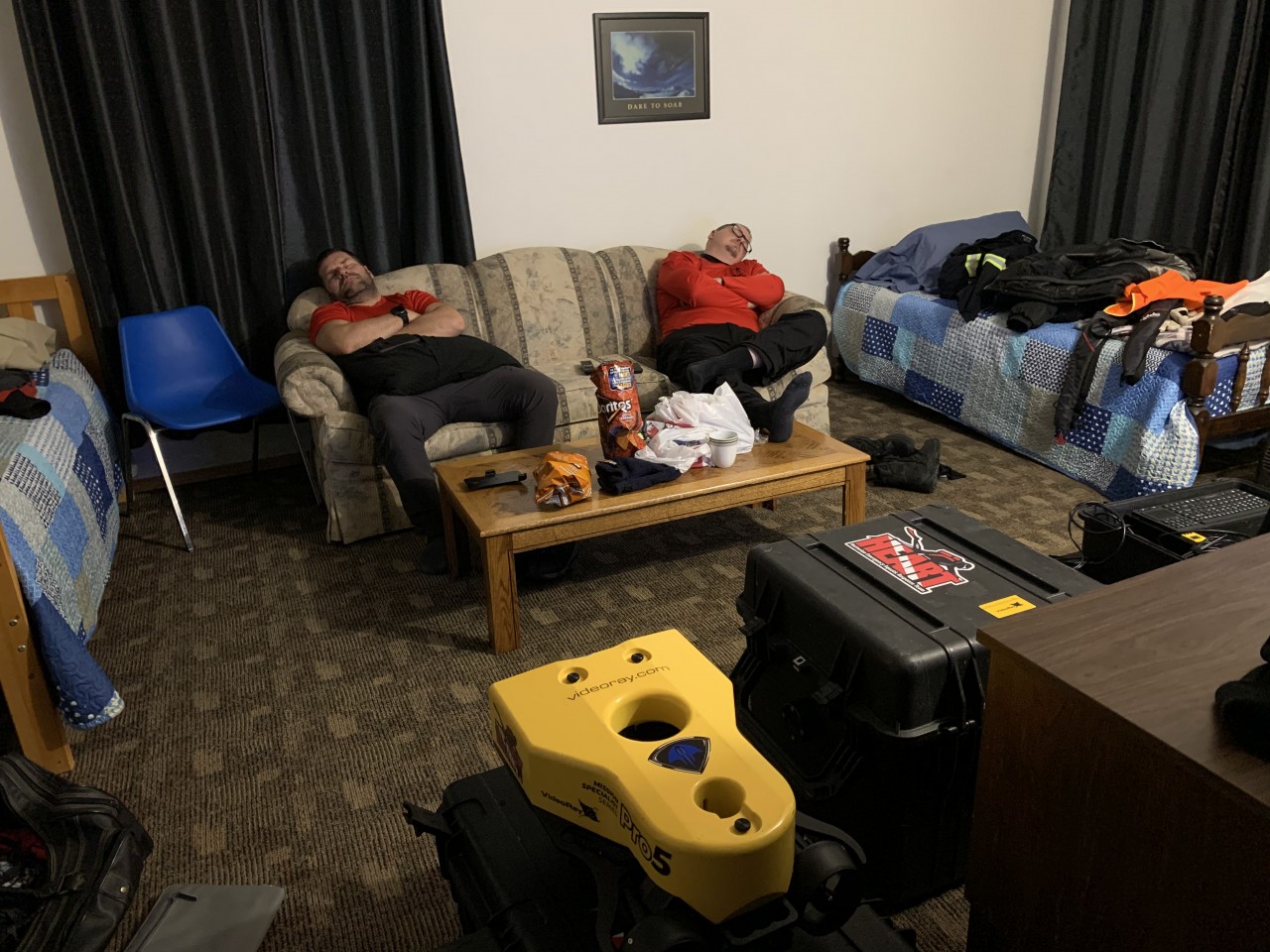 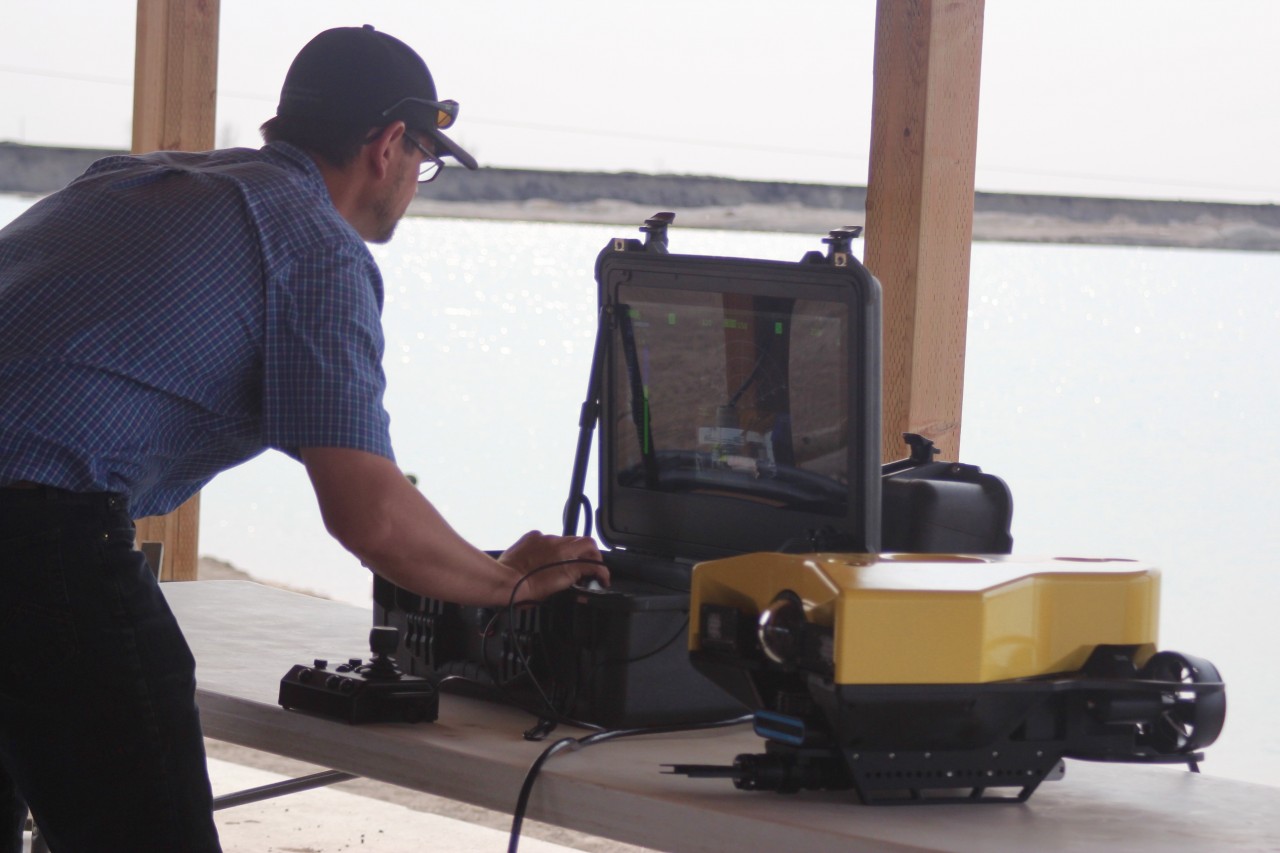 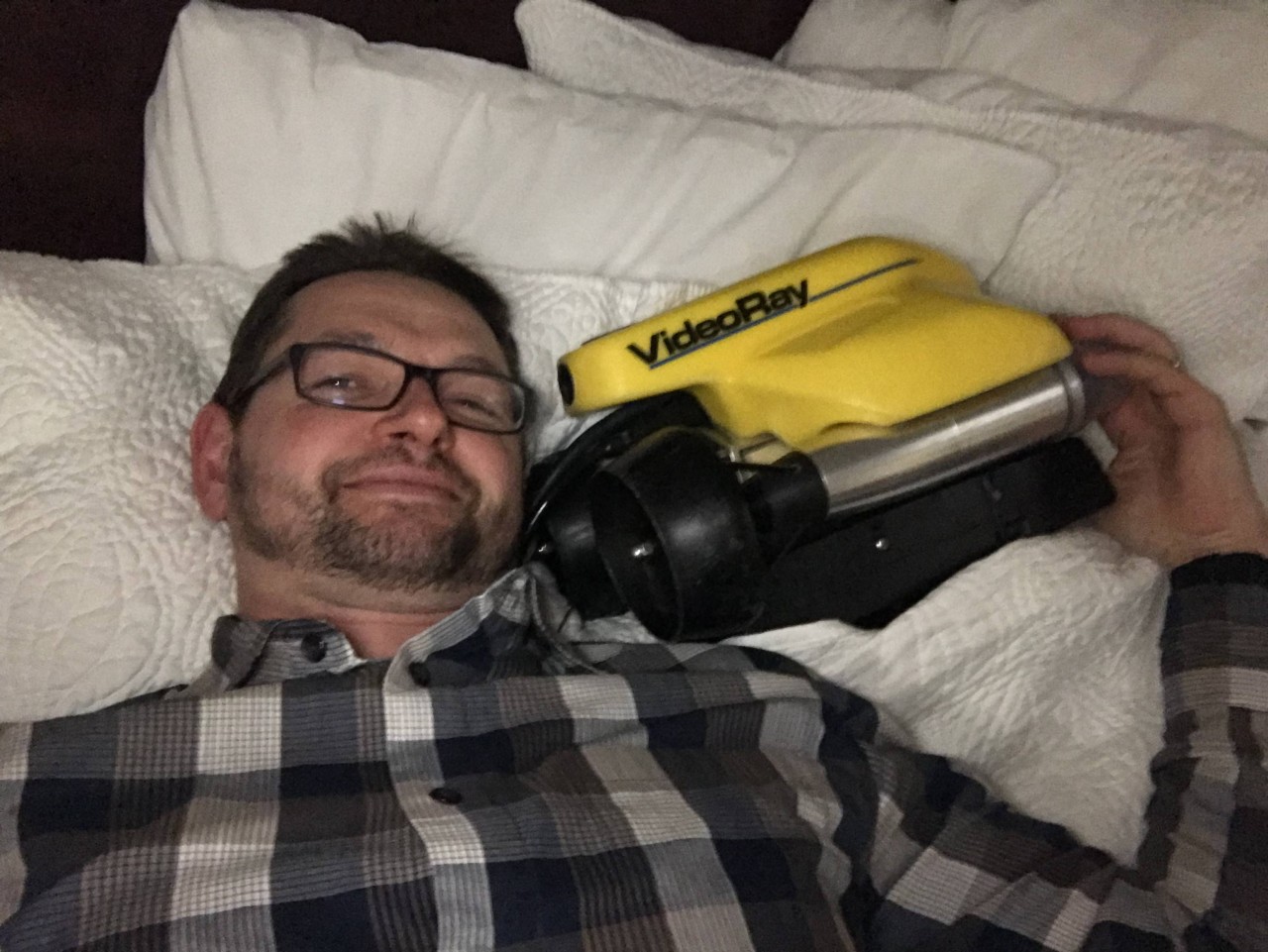 Stop And See Us At Upcoming Shows
VideoRay closed on Monday, January 20