​Routine maintenance testing recently of a VideoRay Pro 4 off the coast of France led to an "explosive" encounter – a British mine from World War II that weighed nearly 1,800 pounds. The munition was neutralized last week by French authorities.

The mine was discovered September 14 by VideoRay's French dealer, Neotek, between Groix and Lorient at a depth of approximately 108 feet, according to news accounts.

Jean-Yves Cueff, director of Neotek, said the Pro 4 was undergoing maintenance testing as part of an ongoing contract the company has with the French Navy, which owns the submersible. During the testing, the Pro 4 picked up a sonar echo.

"The echo in the background was quite clear. Then the mini-robot (Pro 4) walked over to see what it was," Cueff was quoted as saying in a newspaper account. In this case, it was " a mine weighing more than 900 kg, of the same type as the one we found four years ago northwest of Groix."

Cueff noted that Pro 4 maintenance testing is usually conducted in an old World War II submarine base, but because the weather and waters were calm on September 14, they decided to conduct the testing in the channel between Groix and Lorient.

He explained that once the mine was picked up during the sonar scan, the Pro 4 navigated to the bomb's location based on the sonar information. Several photos were taken with the Pro 4 and sent to contacts that Neotek has with an explosive ordnance disposal diving team. In turn, the team confirmed that the large object was a mine.

When the diving team and a support crew from GPD Atlantique arrived at the mine's location last week, they freed up the bomb of sand and silt that had accumulated around it before moving the device. It was then towed approximately three nautical miles to a spot where it was detonated, according to news accounts. The location was "a firing zone regularly used by marine commandos."

Cueff said that during World War II, several mines were set up in the channel area by British and U.S. military forces to destroy German submarines operating in that vicinity. He added that he believes more mines are in the area. Whenever these devices are discovered they are always considered highly dangerous because of their explosive potential, he said. 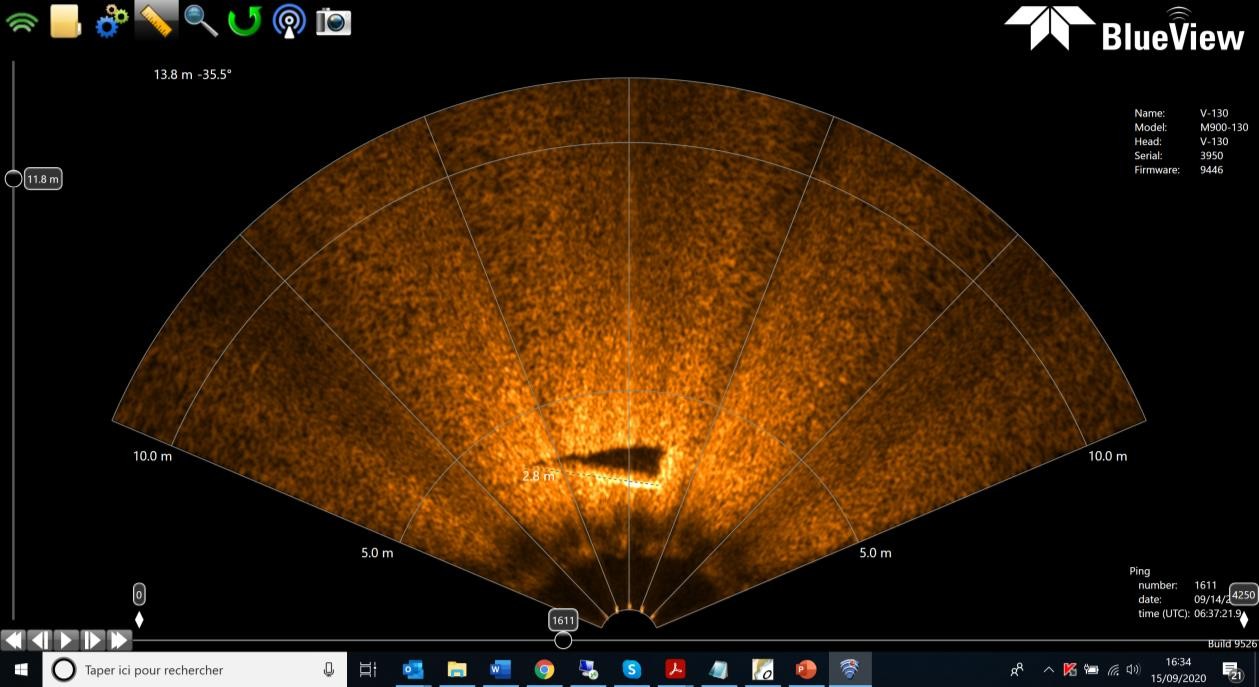 A VideoRay Pro 4's sonar discovered a large World War II mine off the coast of France in mid-September. Photo credit: Neotek. 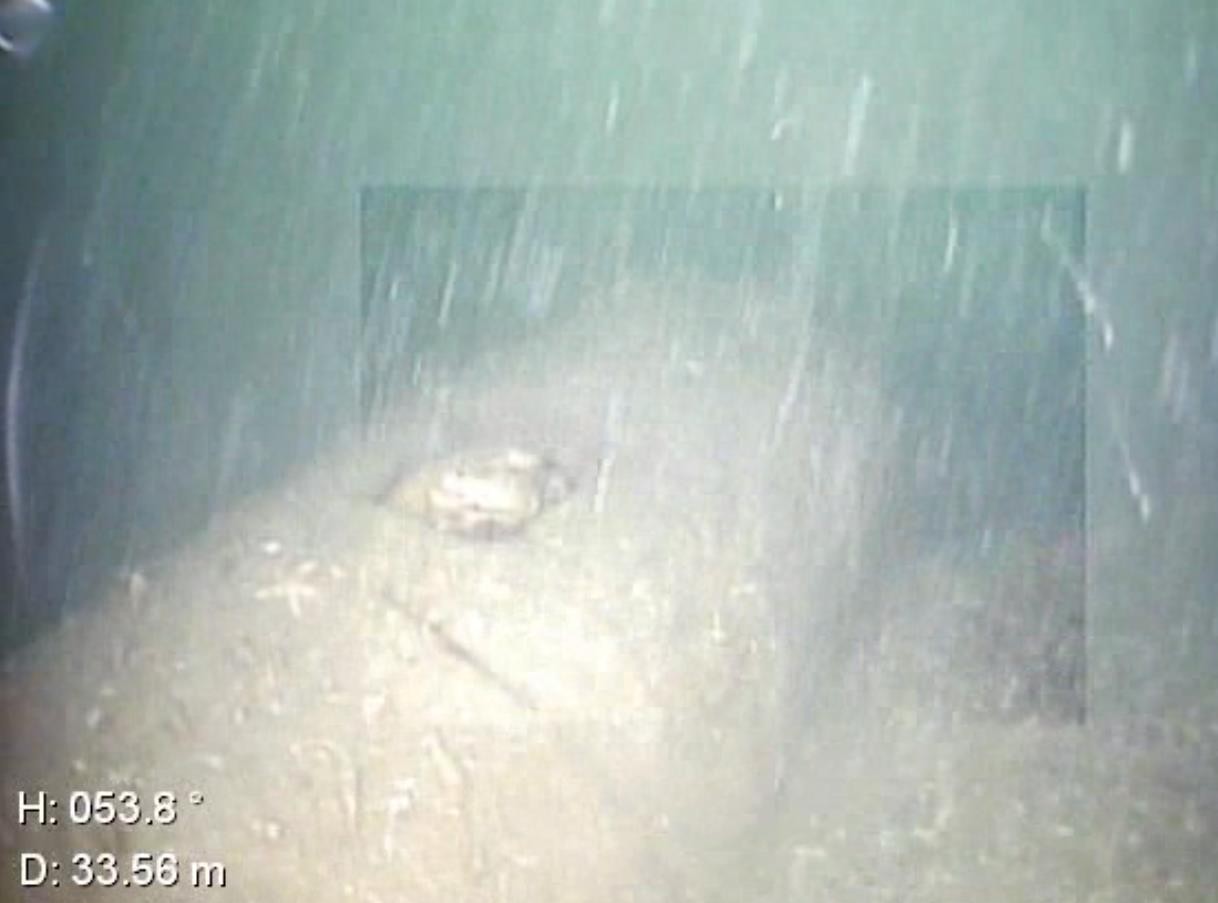 The Pro 4's camera captured this shot of the large World War II mine recently found off the coast of France. Photo credit: Neotek. 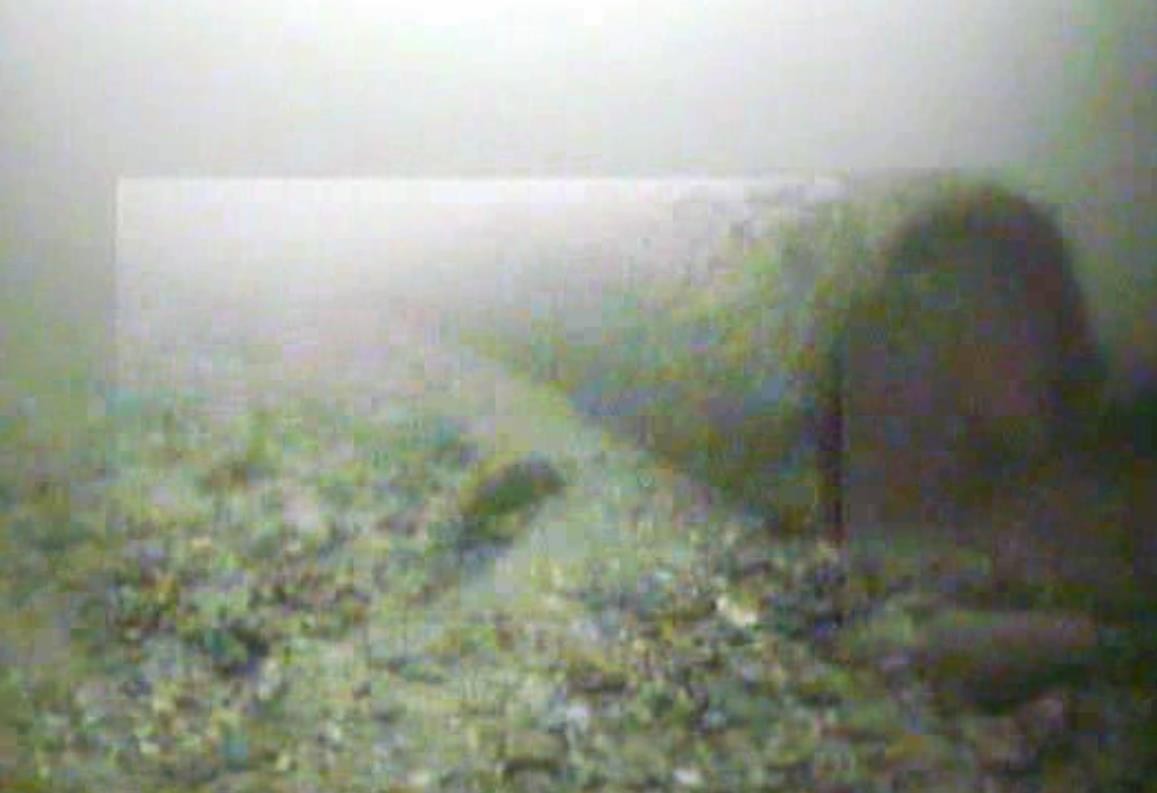 Here's another photo taken by the Pro 4 that recently uncovered a large World War II mine off the coast of France. Photo credit: Neotek. 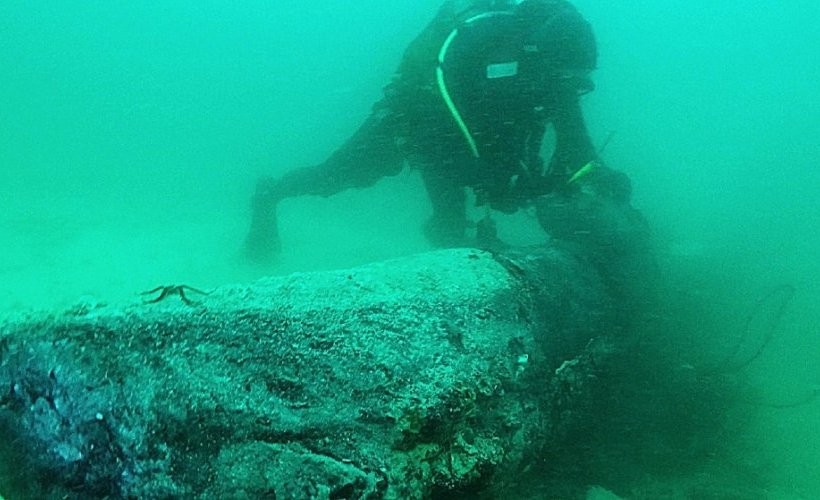 A diver checks out the World War II mine recently found off the coast of France. Photo credit: GPD Atlantique. 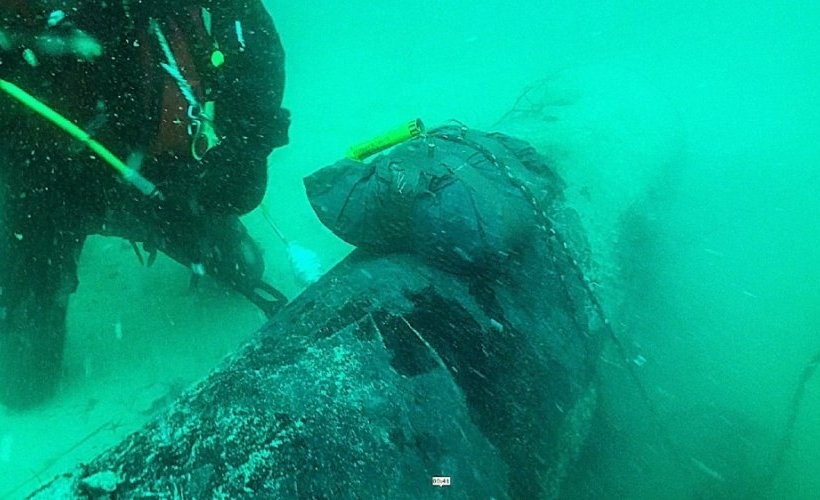 Here's another angle of a diver inspecting a World War II mine recently found off the coast of France. Photo credit: GPD Atlantique. 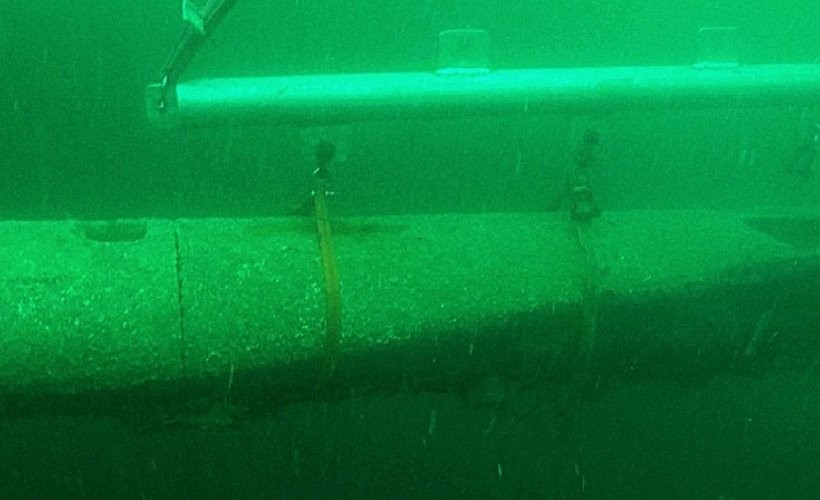 A metal harness is attached to a large World War II mine so the device can be relocated to a "safe zone" for detonation. The bomb was found by a VideoRay Pro 4 off the coast of France in mid-September. Photo credit: GPD Atlantique. 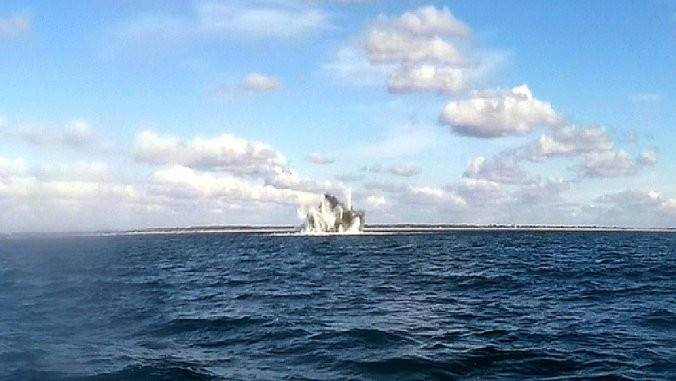