Within the span of two days last week, five people were victims of apparent drownings in Colorado. And another person reportedly drowned this past Tuesday while swimming in Maryland. As fate would have it, a VideoRay Pro 4 submersible was relied on to locate and recover five of the bodies.

Colorado Parks and Wildlife (CPW) used its Pro 4 to find two soldiers from a nearby U.S. Army base swimming in Lake Pueblo on June 12, and the Summit County Sheriff's Office in Colorado turned to its remotely operated vehicle (ROV) to locate victims in separate incidents on June 12 and June 13.

In the Lake Pueblo incident, news accounts indicate that CPW was called in following reports of two people who appeared to have drowned. Within hours of responding, CPW responders discovered the first body in six feet of water. Shortly thereafter, the Pro 4 located the second victim nearby in approximately 10 feet of water.

On the same day and nearly 100 miles away, CPW asked the Summit County Sheriff's office to help locate a missing fisherman in 16 feet of water at Antero Reservoir in neighboring Park County. Following a seven-hour search in four-foot-high weeds, responders located the body at 2 a.m. using the Pro 4.

The afternoon of June 13 brought more tragedy, this time at Dillon Reservoir in Summit County. According to a news release from the sheriff's office, the captain of a sailboat competing in a regatta at the reservoir accidentally fell overboard when a sudden storm arose. The storm, which packed winds exceeding 40 miles per hour, also caused several boats to capsize.

Over the next several hours, searchers tried to locate the victim with the help of the Pro 4 and water search dogs. Their efforts were thwarted when more storms with high winds entered the area.

The next morning, the search resumed, and the boater's body was discovered nine hours later by the VideoRay ROV in approximately 180 feet of water.

The sheriff's office has used the Pro 4 for 12 recoveries since acquiring the submersible in 2018. CPW, which obtained its Pro 4 in 2019, has deployed it for eight recoveries.

"The Pro 4 has been an amazing tool as we can give people the closure they need, but a majority of these drowning are avoidable if only they (the victims) were wearing personal flotation devices," said Sgt. Mark Watson of Special Operations in the sheriff's office.

In the Maryland incident, Howard County Fire and Rescue used its Pro 4 to successfully located a man who apparently drowned in the Patuxent River in Montgomery County. It took responders about three hours to find the victim after he submerged and failed to return to the surface, according to news reports.

Howard County Fire and Rescue has deployed the Pro 4 for four recoveries since obtaining the ROV in 2016. 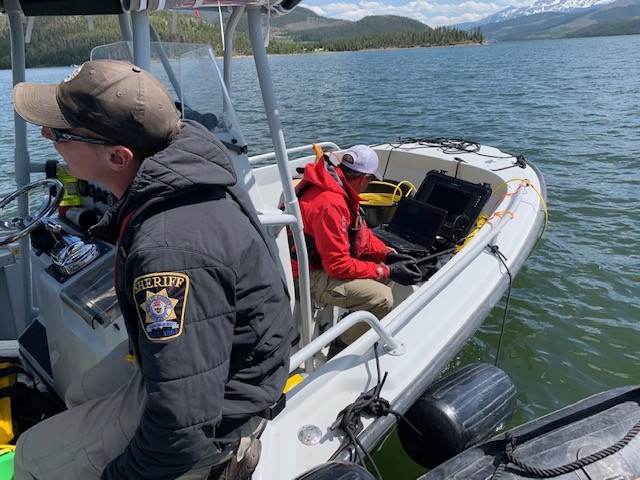 A member of the Summit County Sheriff's Office in Colorado uses a control console to monitor a VideoRay Pro 4's movements underwater during a search for a drowning victim in a Colorado reservoir. 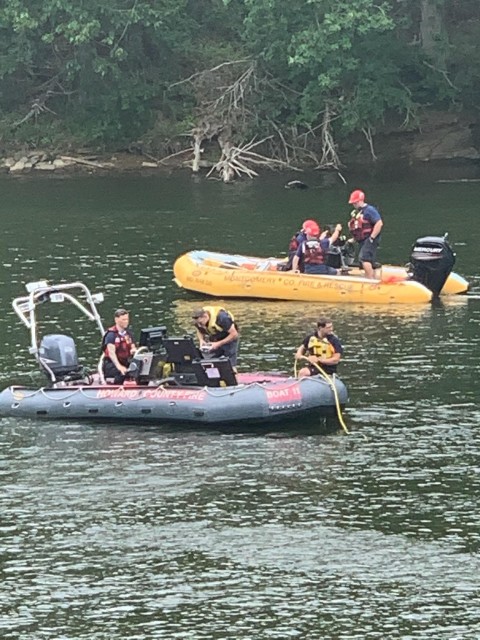 Members of Howard County Fire and Rescue in Maryland (in dark boat) track the movements of a VideoRay Pro 4 during a search for a drowning victim in the Patuxent River in Maryland.
There's Still Time To Sign Up For The VideoRay-Son...
VideoRay & Sonardyne To Present Webinar June 25 On...