VideoRay is no stranger to remote collaborative meeting technology. Since a major expansion in 2013, all functions except Engineering moved to a larger office building in Pottstown, leaving Engineering a 15-minute drive away in Phoenixville. Since then, weekly meetings have been by teleconference, with many employees participating from remote locations while traveling. VideoRay's virtual meetings routinely have 12 to 15 people from 6 or more locations in several time zones throughout the world.

With recent government-imposed "work at home" orders in Pennsylvania due to the COVID-19 pandemic, the number of people in meetings has stayed the same, but the number of locations has increased, including those people who are working from home. While other aspects of social interaction are a bit constrained, meeting protocol and technology has not been impacted.

However, VideoRay now is handling complex tasks remotely that have never been attempted. When VideoRay defense systems are ordered by foreign military customers through the U.S. Foreign Military sales program, traditionally a team of experts from the customer and the U.S. Navy travel to VideoRay headquarters to confirm proper operation and conformance to specifications in a "Factory Acceptance Test" (FAT). This also allows the customer to become familiar with the operation of the systems and meet key Point of Contact (POC) representatives from VideoRay and vice versa. Despite the cost in time and expense for this operation, all involved have planned and budgeted for it during decades of government contracting.

During the COVID-19 pandemic, this process cannot take place. Recently a foreign Navy customer that had placed an order for multiple VideoRay Defender systems was prohibited from traveling, and U.S. Government representatives, key to the FAT process, were similarly restricted to their installations or their homes across the U.S.

To accommodate these travel restrictions, VideoRay updated the traditional FAT plan and made it virtual. In total, there were 14 representatives in 14 separate locations, in three time zones, participating in the virtual FAT process. There were several documents that required review and signature, and several tests that each individual component and system had to pass. Coordination between all parties was required. Each needed to "meet" and engage others at different junctures during the process. Historically there had to be a face-to-face forum where issues and questions could be raised and resolved.

In general, this task seems to be extremely difficult to accomplish with teleconferencing. Two issues come to mind:
• System performance verification generally requires the person "signing off" to witness various tests and procedures. Testing typically takes place on the factory floor, in a test tank and in open water.
• Many questions and concerns are typically brought up in "side conversations" rather than with the whole group's focus. It can be challenging to bring up something to the entire group when you only want to privately ask the one person who can most easily provide an answer.

During the week of April 21st, VideoRay, the foreign Navy customer and the U.S. Navy completed this process successfully. Our "lessons learned" include:
• Overall, the process went smoothly. While there is an element of trust involved, careful preparation, documentation, and collaboration meant that the outcome was very similar to unconstrained, in-person meetings.
• Preparation was key, with agendas sent and agreed to in advance, and a friendly but no-nonsense, no-chit-chat vibe during the meetings. The process went smoothly using Microsoft Teams.
• Documents before, during, and after the meetings were carefully managed and organized on a website, where navigation and presentation were very clean and intuitive. No special software or training was required to view or comment on them.
• All tests whether on the factory floor, in the test tank or in the field were video recorded, and these videos were integrated with other data and test results into the online reports.
• More people were able to participate at a lower cost. Typically, the customer and the U.S. Government spend thousands of dollars to attend FAT meetings. And they typically involve days away from the office. With the virtual FAT, the only expenditure was time spent participating in the meetings.

One of the exciting results of this process is that we expect to continue many aspects of these technologies and techniques after the COVID-19 restrictions are lifted. The process, in many ways, was much more efficient and an effective use of time than the in-person process. However, some in-person interaction – such as when training in the use of the technology in the field – seems like it will always be necessary. But, VideoRay is working on an approach to that too. 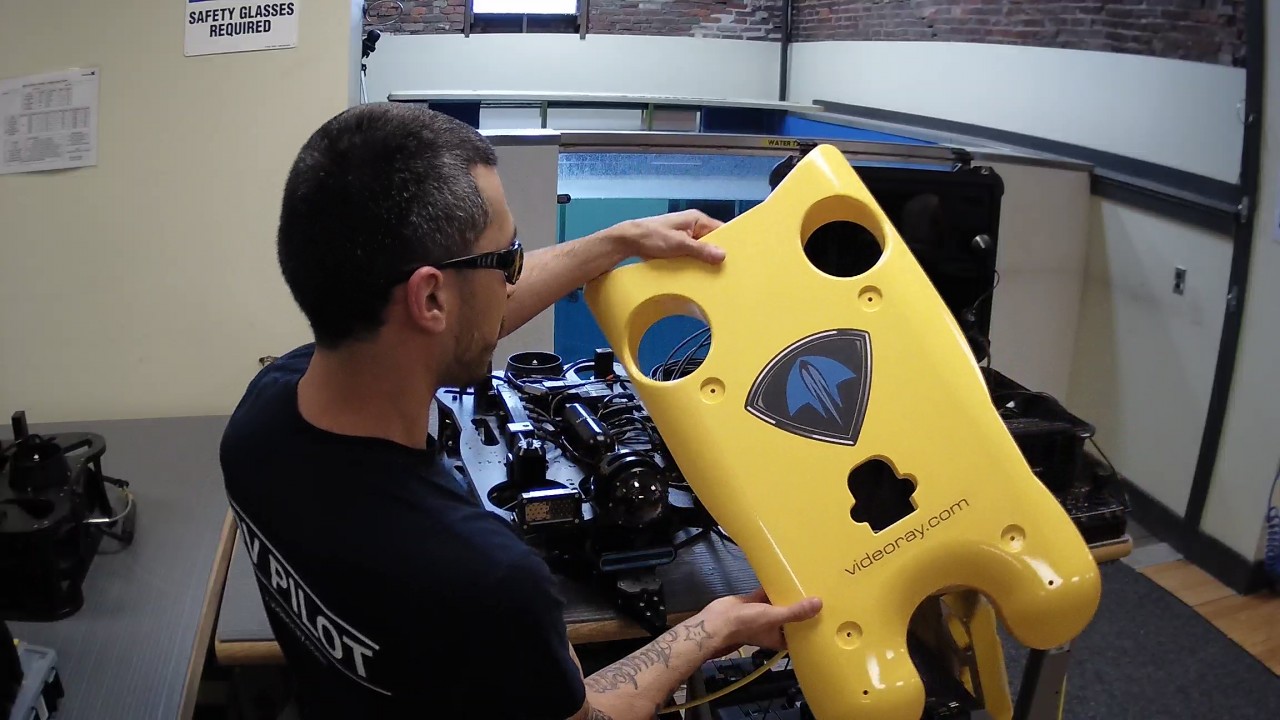 Elvis Lopez, a VideoRay technician, inspects the exterior of a Defender as part of the virtual Factory Acceptance Test conducted for a customer. 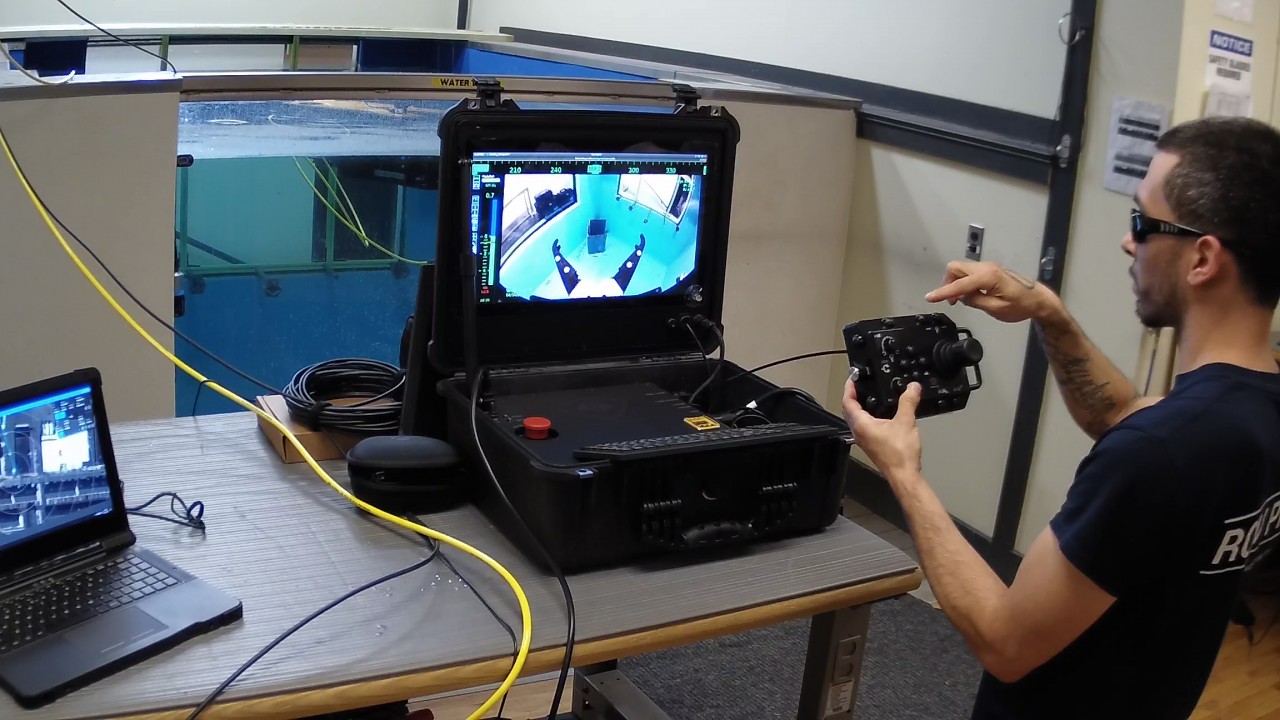 Elvis Lopez, a VideoRay technician, checks out the controller as part of the virtual Factory Acceptance Test recently conducted for a customer. 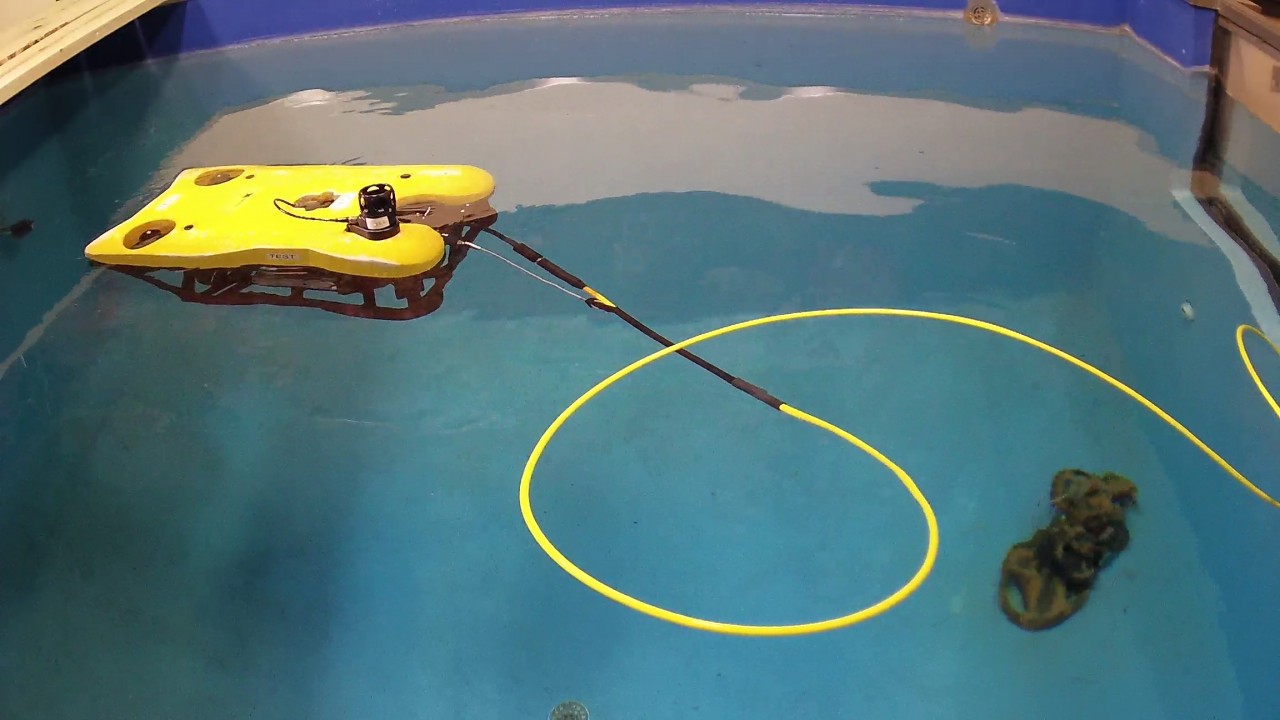 A Defender in action in the test pool at VideoRay's headquarters in Pottstown.
VideoRay Defender Plays Major Role In "The Blowfis...
VideoRay And Sonardyne Demonstrate Benefits Of Com...