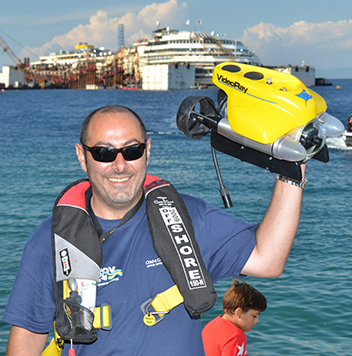 Mauro's most notable accomplishment with VideoRay ROVs to date is his work with Titan Salvage on the Costa Concordia. Mauro coordinated and implemented all ROV operations and staff on the salvage project. Over the course of the entire project, Mauro and his crew recorded 55,000 hours of ROV footage, which was used by Titan to survey, assess, monitor, and report the project's progress.

Read more about Mauro's work on the Costa Concordia